We Have Lost our Legend Karl Lagerfeld , Who Has Died Aged 85 by Maria Zota 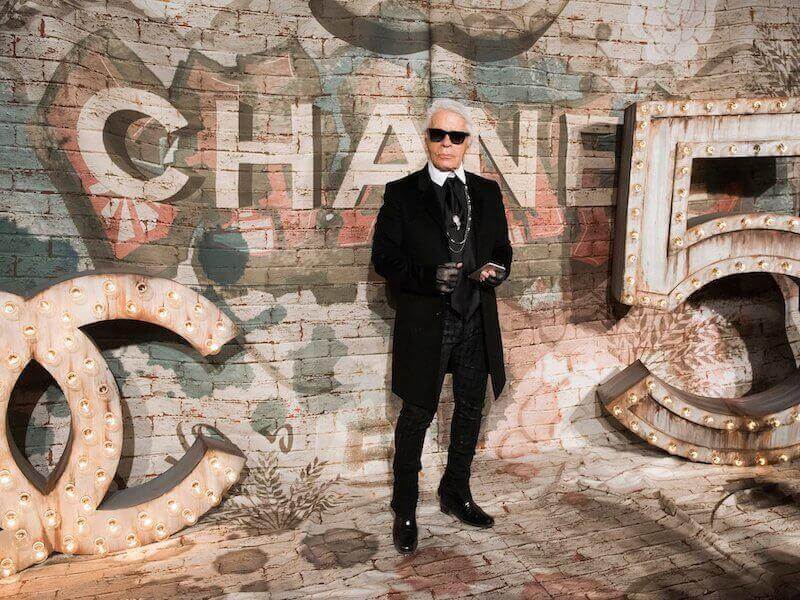 We Have Lost our Legend Karl Lagerfeld , Who Has Died Aged 85

Various reports in France claim the passing of the German fashion icon, designer, artist and photographer – who worked as head designer and creative director of Chanel as well as Fendi and his own eponymous fashion label. He died on February 19, French magazine Closer reports.
The famous workaholic was busy right up until the end. He missed two of Chanel’s haute couture shows in Paris on January 22, but the fashion company only said at the time he was feeling tired.

What can I say about his life?
Born in Hamburg in 1933, Lagerfeld was inspired to go into fashion when he accompanied his mother to a Dior fashion show as a child.

Sensing his future lay elsewhere, 14-year-old Lagerfeld made the bold decision, with the blessing of his parents, to move to Paris. He’d been there just two years when he submitted a series of sketches and fabric samples to a design competition. He ended up taking first place in the coat category and meeting another winner, Yves Saint Laurent, who would become a close friend. Soon, Lagerfeld had full time work with French designer Pierre Balmain, first as a junior assistant, and later as an apprentice.

By the 1980s, Karl Lagerfeld was a major star in the fashion world. He was a favorite among the press, who loved to chronicle his changing tastes and social life. Lagerfeld kept company with other major stars, including his good friend Andy Warhol.

During his career he developed a sort of hired gun reputation for jumping from one label to the next, and also put together a track record of success that few designers can match.

Patron of Chanel and Fendi – For decades Lagerfeld has directed two prestigious fashion houses, Chanel and Fendi, to whom he gave all his passion. He was irreplaceable for the designer labels and he has designed the best pieces curating advertising campaigns as a photographer and director. In short, a man able to do anything, named “The Kaiser”.
He was always the protagonist of high fashion in Paris

In 1965 began the collaboration with Fendi and in ’64 it was the turn of Chloé. A Film/Documentary recounts the friendship with the historic rival Yves Saint Laurent until the fight in 1975. Lagerfeld also won the competition for a clothing award sponsored by Yves Saint Laurent

“He was working for Dior – Karl remembered – and several young people thought he was God, but I was not so impressed”. After three years he moved to Jean Patou. “I was bored here too so I fired and tried to go back to school, but I did not study so I spent more than two years on the beaches, I suppose I have studied life in that way

Among pop stars and top models – Karl has dressed pop stars like Kylie Minogue and Madonna. Claudia Schiffer was her favorite model in the eighties and nineties, Kaia Gerber the latest muse. The Documentary about his life, tries to shed light in the folds of the designer’s private episodes and reveal their personality.

Lagerfeld has a collection of 50,000 books (he opened a bookstore in ’99 in Paris) and ways to relate to others as emperor as his nickname suggests. In his Documentary Lagerfeld tells himself by dwelling on the revival of Chanel, of which he became artistic director in 1983.
Speculation about Lagerfeld’s health intensified after he missed Chanel’s haut couture show in Paris in January.
He joined Chanel in 1983 and spent 36 years working for the company.

We Have Lost our Legend Karl Lagerfeld , Who Has Died Aged 85 by Maria Zota

Everything is Ready for Milan Fashion Week: Here’s What We Are Waiting For…! by Maria Zota