The Venice Film Festival, originally called “The International Cinema Art Exhibition”, was born in 1932 in an unique atmosphere at Hotel Excelsior of Lido Island. 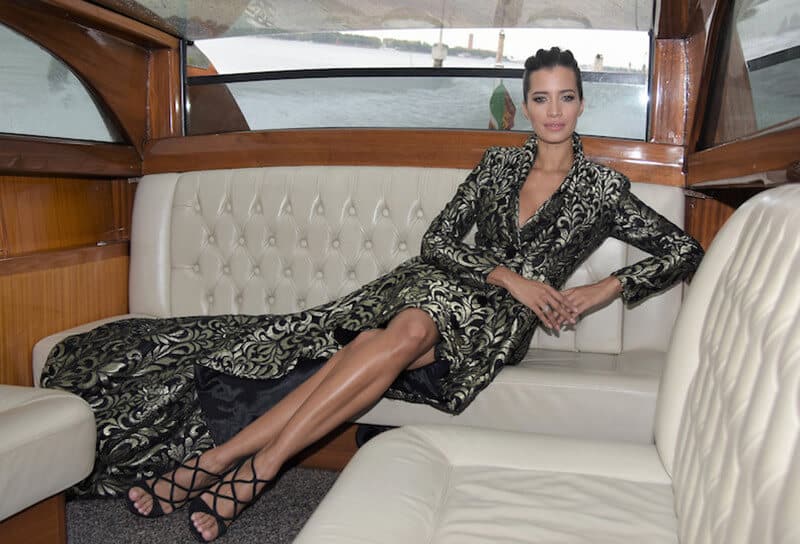 The peculiarity about this emblematic event is the fact that it, not only involves A-listers from the cinema industry but, also involves the participation of Italian political and cultural personalities and the average movie-goer, allowing all cinema goers the possibility to enjoy the newest creations in film.

Venice was the first city in the world to realize such a vast reaching festivals in the international film industry. 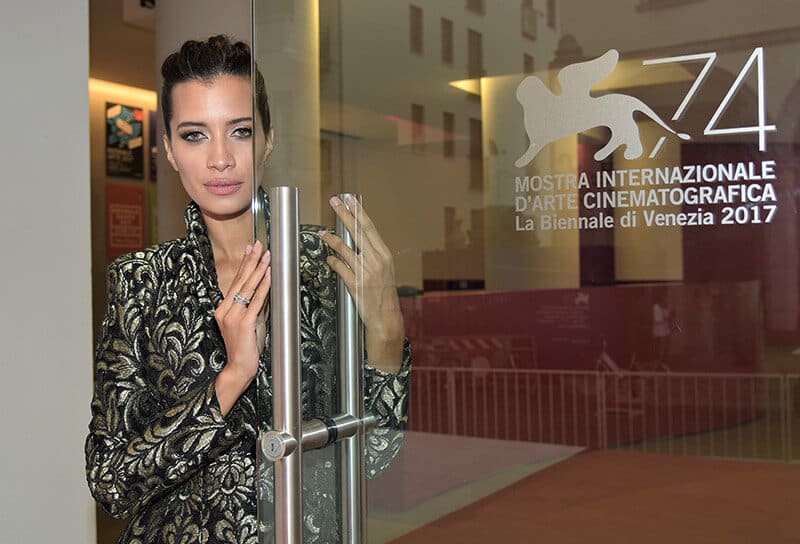 Since I was a child, I had a great passion for the transformative media of cinema. This is just one of the many reasons why I’ve always wanted to participate to The Venice International Film Festival, organized by La Biennale di Venezia. 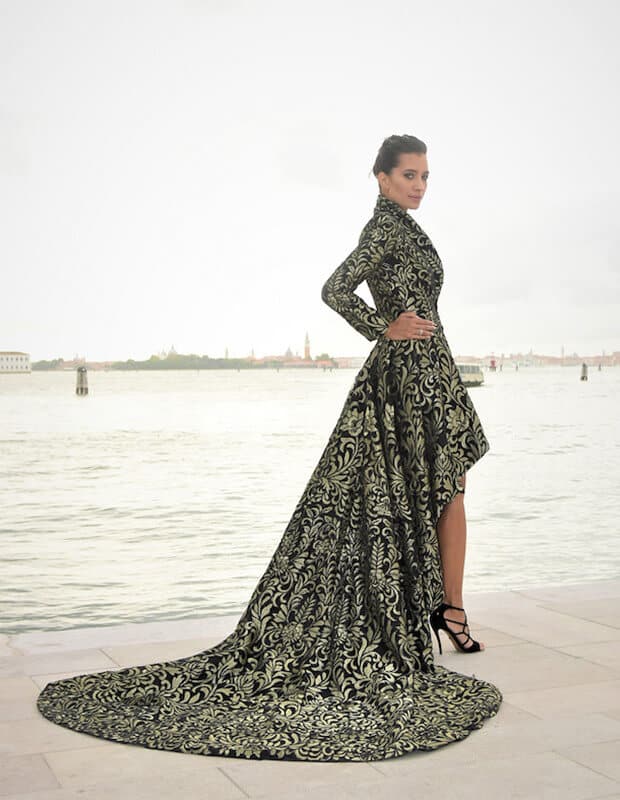 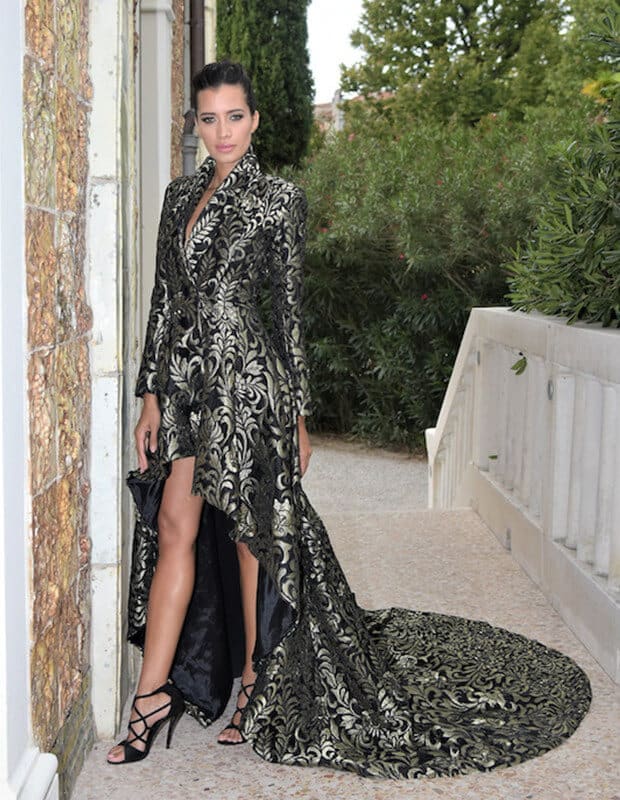 My preparation for attending this ceremony began upon receiving the invitation, a true dream come true!

I immediately departed from Barcelona the day before the opening of Venice Film Festival.

As soon as we landed in Milan, I rushed to attend a dress fitting with the exquisitely renowned Italian brand LUISA BECCARIA.

I arrived 10 minutes late (oh no) to find Laura who had already hand-selected clothing for me. I was Cinderella and she was my fairy godmother!

After selecting the perfect outfits, I coordinated all the necessary appointments with Cotril Spa, the go-to place for red-carpet make-up and hair during gala seasons.

After Milan, everything was ready for the opening of one of Italy’s most prestigious international events.

For the first evening I was surprisingly dressed with antique purple tones and with very delicate embroideries by Luisa Beccaria.

A romantic hair style combined with very natural makeup, highlighted with blurred eyes. I felt like I was in a fairy tale.

After my first red carpet, the days ahead were unforgettable. Venice is the consummate epitome of a truly timeless, magical world, consisting of indescribable visual beauties at every turn. Every night in Venice was other worldly and fun was always guaranteed.

This day consisted of the wonderful Gala Dinner “Franca Sozzani Award” in tribute to the outstanding career as Vogue Italia’s director at Palazzo Contarini Polignac.

The Menu was deliciously delectable, we tried every taste of the traditional Italian cuisine. After dinner all the guests moved to the luxurious Hotel Aman for drinks.

A torrential rain allowed the evening to be even more surprisingly intimate and special.

Another gala dinner that was equally unforgettable. It was the party organized by LAMPOON & TIFFANY called KEEP ON SHINNING at the Conservatory Benedetto Marcello.

The purpose of this magnificent evening was to support the talents of the Conservatory Venice Exhibition. A stellar time!

This great week full of spectacular events and emotions ended with a bang at the premiere of the movie “MEKTOUB, MY LOVE, CANTO UNO” by the talented French director Tunisino Kechiche. 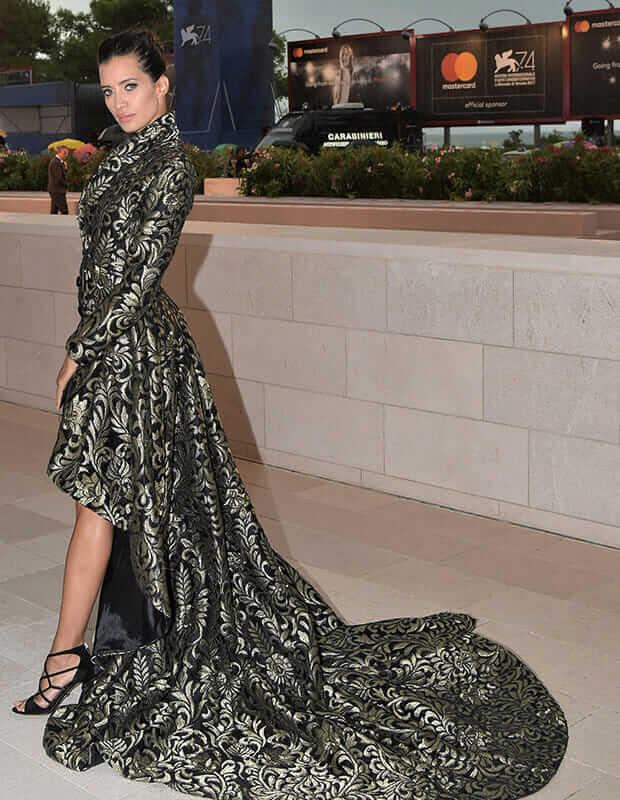 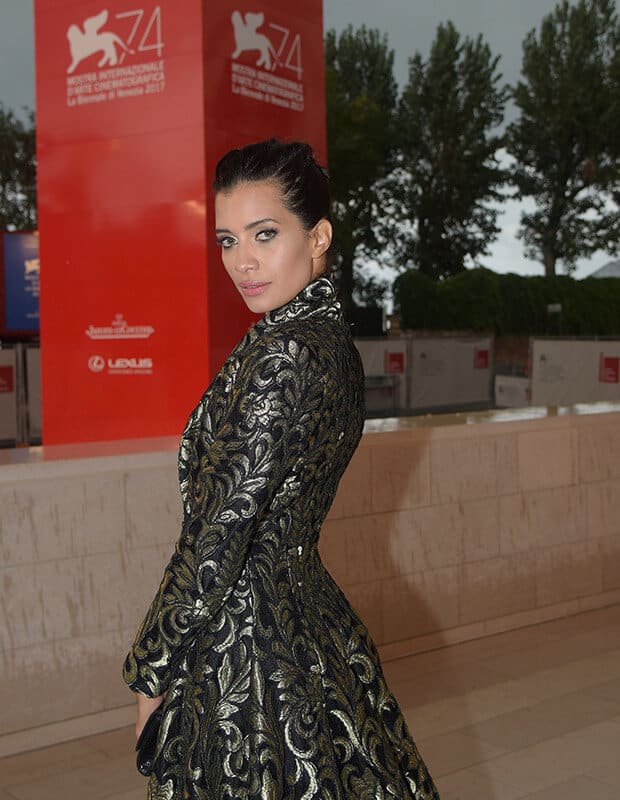 For this occasion, the Venezuelan stylist USAMA ISHTAY, located in Los Angeles, created exclusively for me, a Barroco Style Couture jacket inspired by the fascinating Venetian culture. I proudly wore it for the red carpet.

When all is said and done, I think words cannot be enough to describe all the emotions experienced every second during this wonderful Festival.

The elegance of Venice distinguishes itself as one of the most wonderful cities in the world. 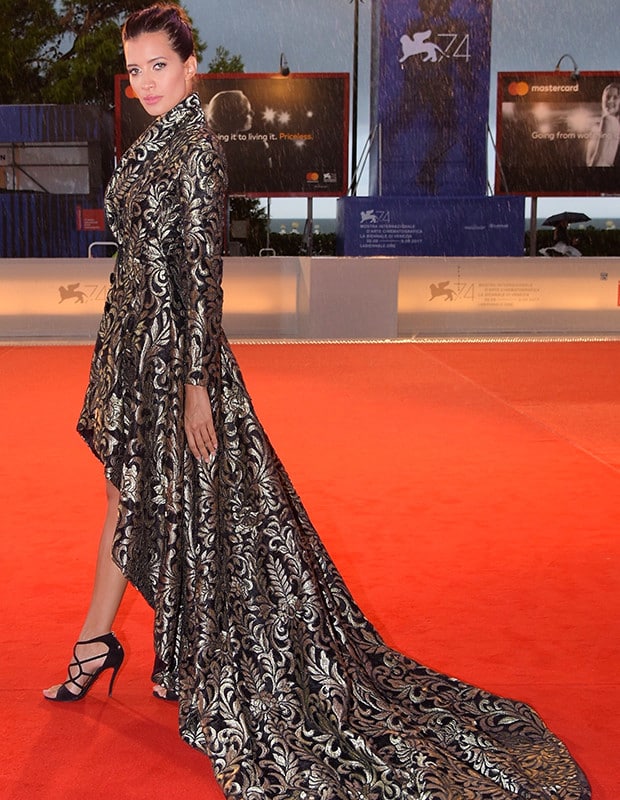 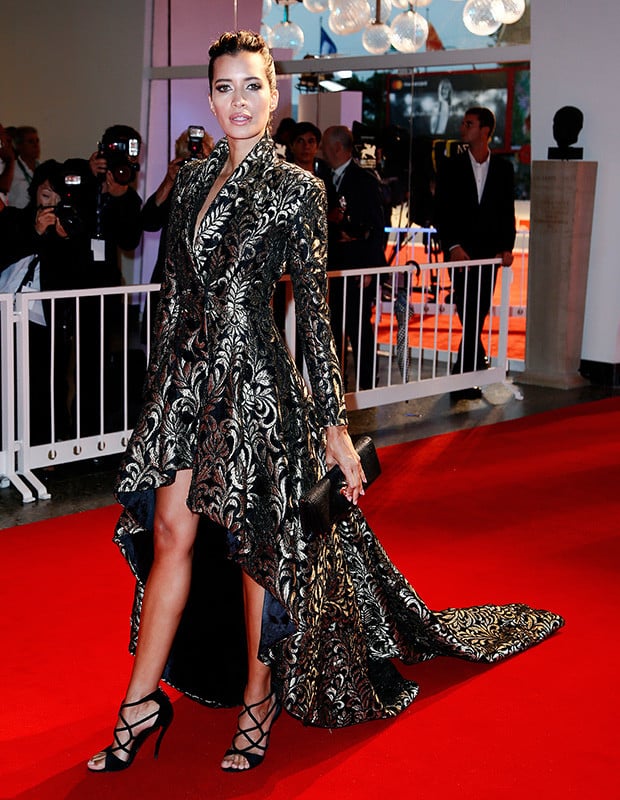 Special thanks to Fracesco M’elzi, Donatella Botti and JB Production.