We were invited to The Concorso d’Eleganza Villa d’Este 2016 that took place May 20-22 on the grounds of the Grand Hotel Villa d’Este and Villa Erba on Lake Como in Cernobbio, Italy. Set against the breathtaking backdrop of Lake Como, the 2016 Villa d’Este Concours presented the chance to not only admire about 52 historic cars spanning eight decades of vehicle history, but also take in the myriad of sights off the show field.

First held at the same location in 1929, the Villa d’Este Concours d’Elegance has been held each May since 1999 on the grounds of the Grand Hotel Villa d’Este and the adjacent parkland of Villa Erba under the patronage of the BMW Group. Set against the incomparable backdrop of Northern Italy’s Lake Como, the 2016 edition of the Villa d’Este Concorso brought together 50 cars from widely varying eras in automotive history. The motto of the 87th edition of the event was “Back to the Future – The Journey Continues” and it reflects BMW’s centenary motto “The Next 100 Years”.

The Trofeo BMW Group for Best of Show Jury was awarded to the 1954 Maserati A6 GCS from the Destriero Collection of Monaco. The Berlinetta-bodied sports car from Pinin Farina is considered the best preserved of the four examples which were created of this model. It was presented at the Paris Motor Show in October 1954 and lined up at the start of the Mille Miglia in May 1955. Its 2.0 litre six-cylinder engine packs 190 hp.

Winning the award fulfilled a life-long dream for German-born owner Timm Bergold, resident in Monaco, “I am absolutely ecstatic to have won this prize. This is already my third time at the Concorso Villa d’Este but I would never have presumed to hope for this success. The Maserati was always my dream car as a boy.”

The Coppa d’Oro Villa d’Este prize decided by public referendum was won by the 1933 Lancia Astura Serie II owned by Antonius Meijer from the Netherlands. The Lancia was given its body at coachbuilder Castagna eighteen months after it was first registered and at the behest of Benito Mussolini’s son Vittoria. Moreover, the wheelbase had to be substantially shortened for the rework, apparently after the vehicle had already campaigned on the race track. In addition, the original 2.6 litre eight-cylinder engine was replaced by a three-litre V8 engine generating 82 hp from the Lancia Astura Serie III, which still powers the coupe to this day. This is not the first time that the prize-winning Lancia has been a guest at the beauty contest beside Lake Como. The car was already presented at the Concorso d’Eleganza Villa d’Este in autumn of 1935.

Owner Antonius Meijer, who was already awarded a Special Prize by the Jury in 2008 with a 1937 Bugatti 57 SC Atalante, commented, “This is fantastic. The Lancia underwent a very comprehensive restoration over a period of eight years. Actually, I only came here to have fun and to enjoy the atmosphere. I am very surprised to have won this wonderful trophy and naturally I am absolutely delighted.” 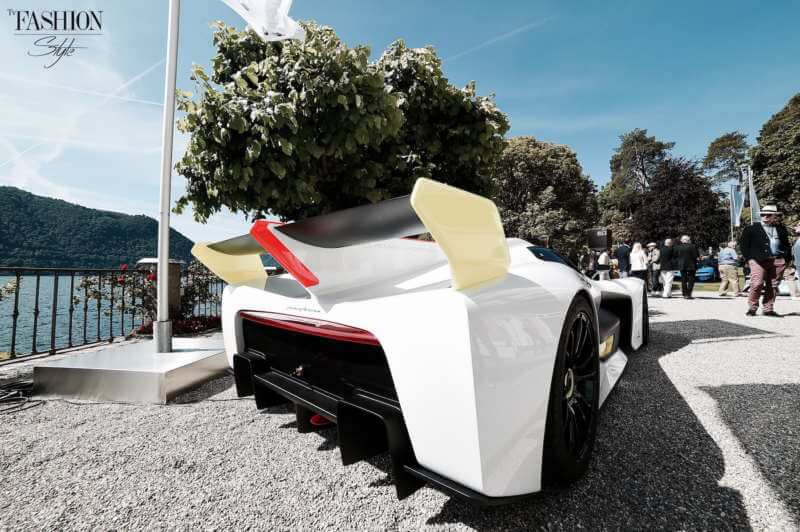