A True Tribute to Dalida  and the Freedom Years, for Rani Zakhem Last Collection!

Everyone knows how unique are Rani Zakhem Fashion Collections.

Let’s talk about his life. He is a Lebanese fashion designer who designs gorgeous evening and wedding dresses. He was born in Lebanon and raised in Kenya and his designs are mainly inspired by the aesthetics of his surroundings. In 2005 he got his Bachelors of Science degree in Interior Design from the Lebanese American University. After that, Rani got accepted to the Prestigious Parsons the New School of Design, in New York City, in which, he got a degree in Fashion Design. 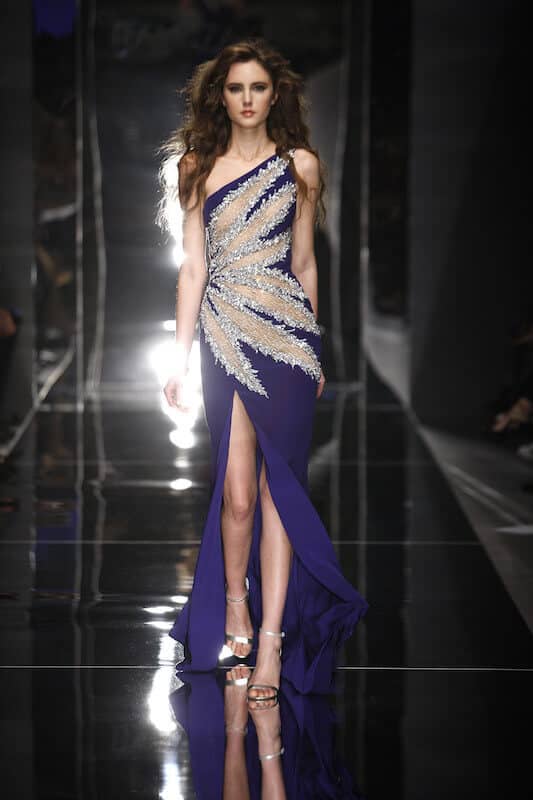 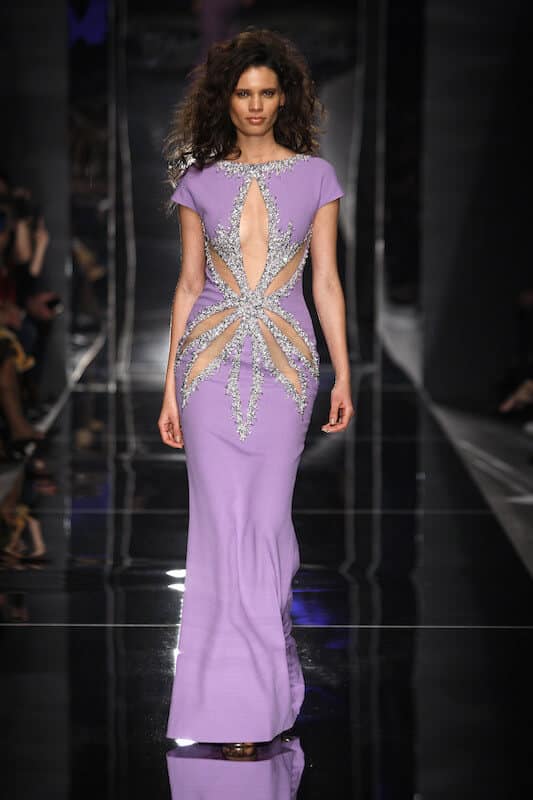 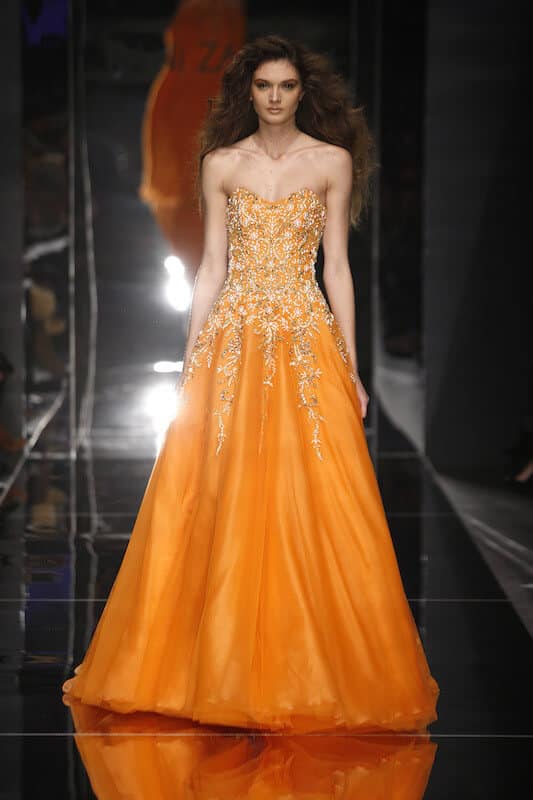 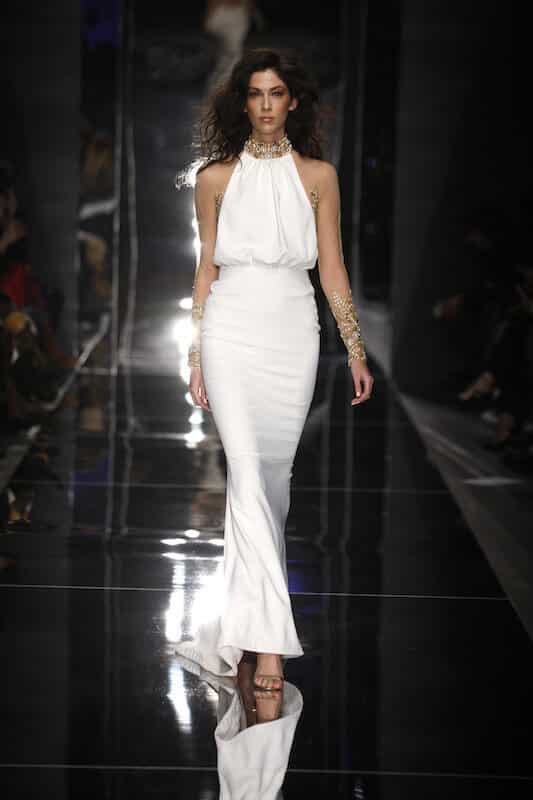 For the last Rani Zakhem  Collection the jet-set atmosphere of the ’70s and’ 80s, underlines lights, sequins and sparkling stars . The collection becomes the wardrobe of Dalida and Bianca Jagger.

Who was Dalida?Dalida’s extraordinary life story begins in the Cairo suburbs, where she grew up in total anonymity as the young daughter of a bourgeois immigrant family. Dalida began life as Yolanda Gigliotti. She was born in Cairo on 17 January 1933, her Italian grandparents having emigrated to Egypt at the turn of the century. After being crowned Miss Egypt at the age of 19, Dalida went on to launch a singing career, scoring a phenomenal hit with the song “Bambino”. In the course of her 30-year career Dalida became an enormous international star, ending up as the Maria Callas of the “variété” world. The immensely popular diva, who died a tragic death in 1987, has now become a cult figure for a whole new generation of fans who were not even born when Mademoiselle Bambino first rocketed to fame in the 1950’s. 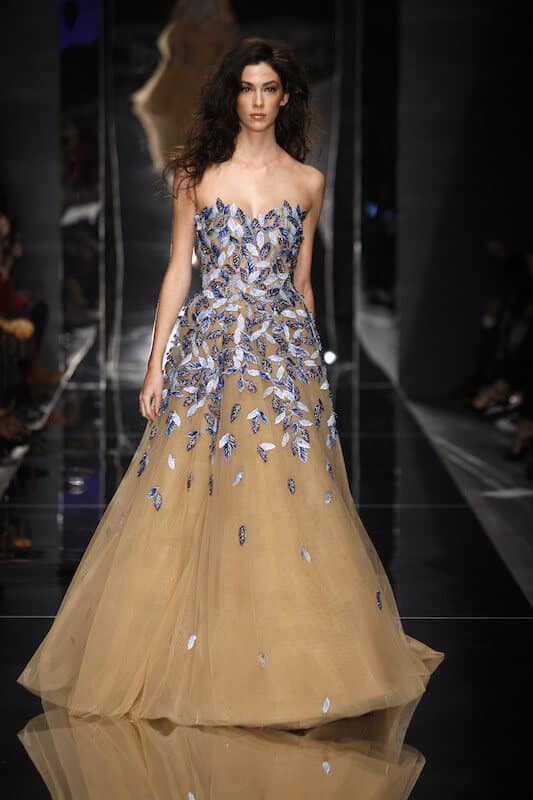 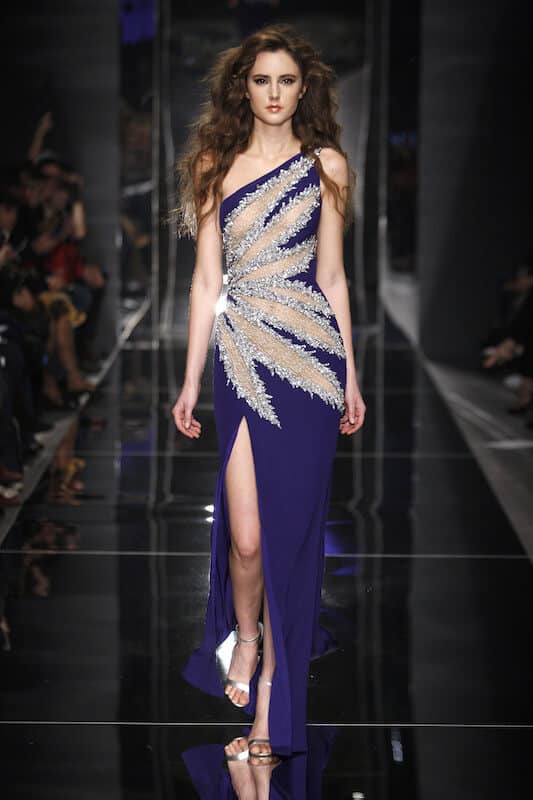 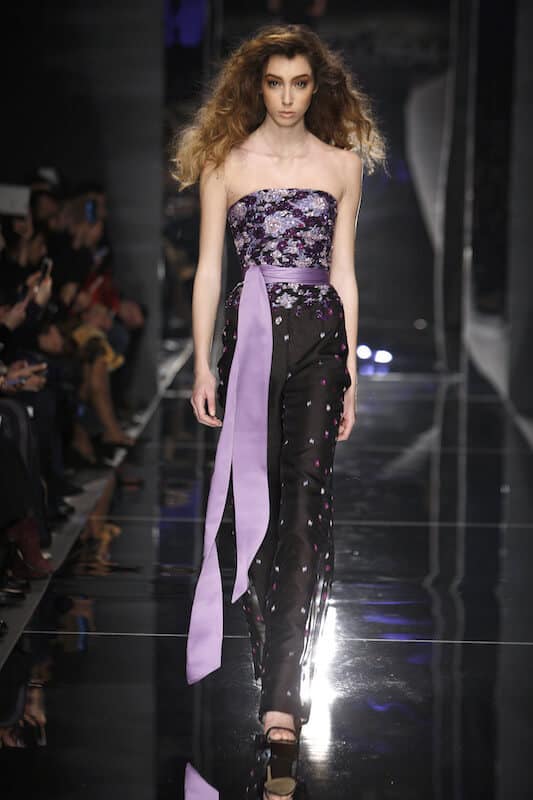 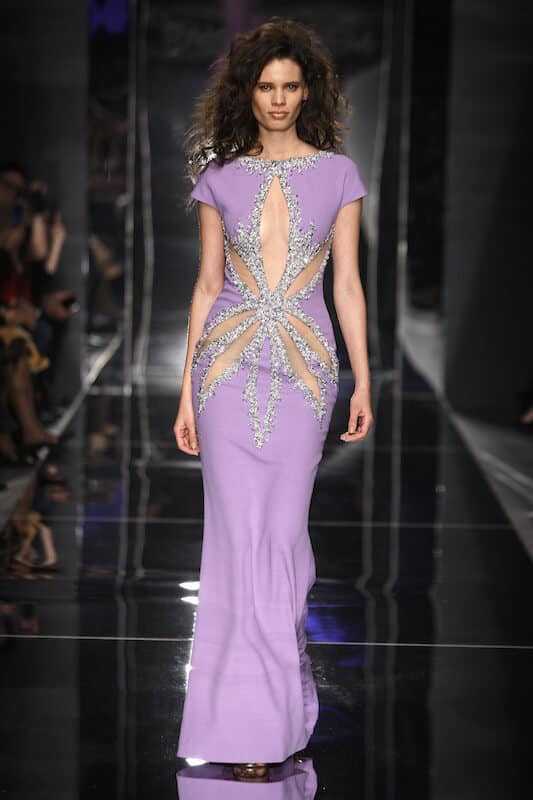 The contrast glossy/matte is perfect for these asymmetric clothes. The beige and gold evening dress is the protagonist with naked and sparkling effect.

Colors such as lilac, yellow, lime green, pink, blue and carmine red becomes the mains colours of the collection.

A true tribute to the freedom years , for Rani Zakhem they are best represented by Dalida, and its uncontested charm.