It was an immense honor , meeting and talking with Pascal Vicedomini, in LA, for the interview you are going to read.

First of all I want to tell you something about this incredible man.
Pascal is the founder and producer of several prominent international festivals, among them “Capri, Hollywood – The International Film Festival” (since 1995), “Washington, Italia” (since 2002), “Ischia Global Film & Music Fest” (since 2003), “Los Angeles, Italia – Film, Fashion and Art Fest” (since 2006), al of which have the imprimatur of the Italian government. He is also a television producer and on air anchor with Mediaset, where he reports on various high profile showbiz and entertainment events. Vicedomini is one of the most internationally recognized Italian showbiz personalities. He was responsible for the Hollywood Chamber of Commerce’s awarding of Walk of Fame Stars to the legendary director Bernardo Bertolucci, music composer Ennio Morricone and tenor Andrea Bocelli. Vicedomini graduated in Political Sciences from the University of Naples, Italy and has been a professional journalist since 1995

Now.. I have selected some of the questions I asked to Pascal. Hope you enjoy the reading!

ME: SO… PASCAL, CAN YOU TELL US WHERE YOUR CINEMA PASSION COMES FROM?

PASCAL: MY PASSION FOR CINEMA IS PRINCIPALLY RELATED TO MY PARENTS EDUCATION . THEY HAVE ALWAYS BEEN SUCH A CINEMA LOVERS.
SINCE I WAS A CHILD, MY PARENTS, SHOW ME AMAZING CINEMA AND TV MOVIES. IT WAS AN ERA OF LARGE GREAT CARTOONS AND MUSICALS, FROM MARY POPPINS. AT THE TIME, TV WAS WHEN WHITE AND BLACK, AND GREAT ITALIAN AND INTERNATIONAL FILMS WERE SHOWN. (…)

ME: WHAT IS YOUR FAVORITE MOVIE? THE ONE THAT YOU HAVE ALWAYS LOVED (ENGLISH / FOREIGN MOVIE)

PASCAL : REGARDING MY FAVORITE MOVIES, I CAN SAY THAT MY FAVORITE ITALIAN ONE WAS, “THE LAST IMPERATOR” BY BERNARDO BERTOLUCCI (1987), THIS FILM AND THE SISTEM OF THE GREAT ITALIAN ARTISTIC TRADITION LOOKING FORWARD TO THE FUTURE. (…)
IN THE HOLLYWOOD CINEMA, I LIKE TO REMEMBER “FORREST GUMP” BY ROBERT ZEMECKIS (1994): THIS FILM ALSO REFERS TO A DIFFERENT PASSAGE, IN HISTORY. TOM HANKS, THE PROTAGONIST, REPRESENTS MY FAVORITE ACTOR, BECAUSE HE IS ALWAYS ABLE TO RENEWE AND EXPRESS WITH GREAT CAPACITY, IN BOTH SOFT AND OBLIGATORY ROLES, LIKE IN PHILADELY (1993).

ME: WHAT IS YOUR GOAL IN THE ORGANIZING OF THESE AMAZING INTERNATIONAL EVENTS?

PASCAL : THE AIM IS TO CREATE A CULTURAL BRIDGE BETWEEN ITALY AND AMERICA, INCREMENTING THE PRODUCTION OF ITALIAN CINEMA IN USA, CREATING BUSINESS EXCHANGE BETWEEN ITALIAN AND AMERICAN ENTERPRISES. AND IS ALSO IMPORTANT TO PROMOTE THE ITALIAN CULTURAL AND TOURISTIC BEAUTIES, DURING THE WHOLE YEAR AND TO PROMOTE THE WORK OF ITALIAN YOUNG PEOPLE INTERSTED IN CINEMAM, AROUND THE WORLD.

ME: WHAT IS YOUR OPINION REGARDING THE ITALIAN CINEMA OF TODAY AND THE CINEMA INDUSTRY OF THE SIXTIES?

PASCAL: FIRST OF ALL, COMPARING THE ITALIAN TODAY CINEMA AND THE PASSED CINEMA, I HAVE TO SAY THAT I AM NOT A NOSTALGICAL PERSON AND I DEEPLY RESPECT HISTORY, TRADITION AND CULTURE OF OUR PARENTS, MASTERS AND ARTISTS.
BUT TODAY WE ARE FACING COUNTRIES THAT LOOKS TO THE FUTURE WITH ARTISTS OF ANY SECTOR THAT OVERLAPPED THE INTERNATIONAL CULTURE COMPLEX AND ARE MOVING TO SHOW THEIR TALENT ON AN INTERNATIONAL LEVEL.
IT IS AN HUGE MISTAKE COMPARING TODAY’S ARTISTS WITH PAST ARTISTS, CONSIDERING THE SOCIETY EVOLUTION. WE WILL NEVER HAVE THE ARTISTS OF THE PAST.
INFORMATIZATION AND TECHNOLOGY CREATES RESEARCH AND PRODUCTION LANDS. I AM SURE THAT TODAY YOUNG PEOPLE ARE LOOKING WITH CURIOSITY AND WITH RESPECT TO THE PAST VALUES, THAT ARE A RESULT OF STUDY, ANALYSIS AND APPROPRIATIONS THAT WAS POSSIBLE IN THE PAST.

After the interview I was thinking I was so lucky to talk with this amazing personality.

Did you now that is career is full of incredible work experiences?
From the summer of 2000 to 2002 Vicedomini served as aTg4-Mediaset correspondent, and subsequently joined Stream TV (part of the Murdoch group) where hew produced and directed coverage of many international television events (The Grammys, the BAFTA’s, the Screen Actors Guild Awards, the first edition of Laureus World Sport Awards), and also as a correspondent to the Italian sport stadiums. 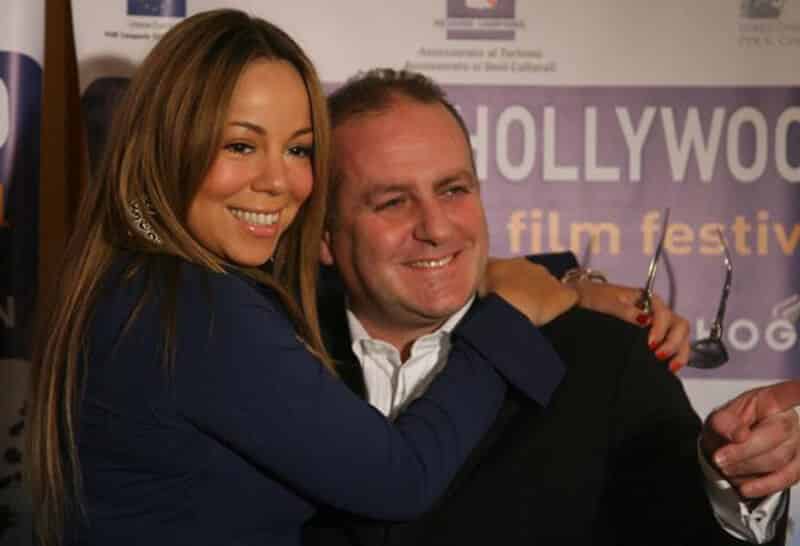 Beginning in September 2002 he re-joined Rai in an exclusive relationship for the production of “Educational”, the magazine “Off Hollywood” (still playing on Rai Tre during holiday seasons); for Rai Uno for the live and direct transmission of both the Academy Awards in Los Angeles and of the Cannes Film Festival, special programs on the world famous Sanremo Music Festival, on the renowned “Laureus World Sport Awards”, on the music spectacular “Grammys” and “World Music Awards” and on “Elton John’s Concert for Peace – Live from Naples Italy 2009.
Vicedomini continues to present special coverage from the United States on the Presidential Elections, on New York’s famous Columbus Day activities and for Rai Sat Extra and Rai International the programs “Times Square” and “Le Stelle dello Showbiz”. In June 2004, on the occasion of the European football Championships, he contributed to the launch of the new channel “Rai Azzuri” – directly from the training camp of Italy’s national soccer squad.
I can definitively say that Pascal is a man full of talents, experience but also humble. His answers are always complete and unexpected.