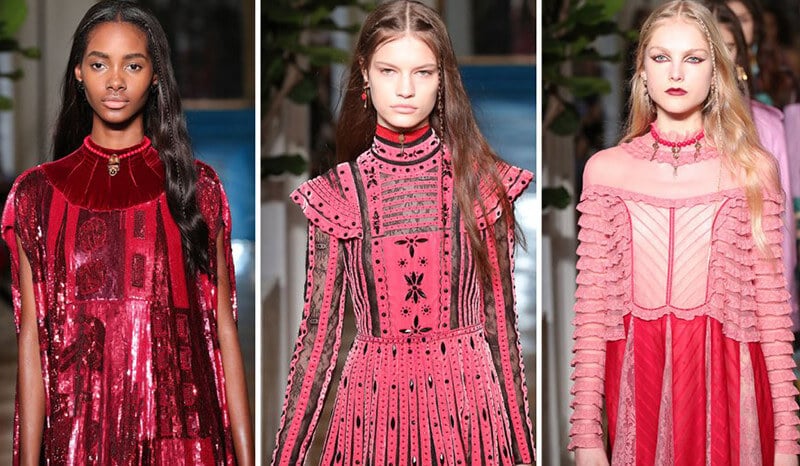 New Fashion Tendencies for 2017… from Paris, With Love!

During Paris Fashion week we saw amazing collections from  Louis Vuitton to Valentino and Celine.

Did you know that  Nicolas Ghesquière has chosen a glass-roofed courtyard at the Louvre museum to show his fall Louis Vuitton collection? Such a great idea!

He also has erected sleek structures to stage ready-to-wear shows in the Cour Carrée outside the Louvre and the Louis Vuitton Foundation, and has a penchant for midcentury architecture as a backdrop for his destination cruise shows.

It was the penultimate catwalk of the week, with the Cour Marly as dramatic backdrop.

Valentino’s Pierpaolo Piccioli started his fall design process by posing to himself a question of a sort deep thinkers could mull forever: “What’s new today?” His answer: Nothing, really. Yet it’s fashion’s job to salvage that blunt reality by reimagining the not new into that which is gloriously so, which at its best awes and even inspires.

Is also very important the contribute of Celine.

Celine designer Phoebe Philo also showed a powerfully wearable collection, and on a set that showgoers won’t soon forget. Designed by French artist Phlippe Parreno, it had audience members seated on turntables that rotated 360 degrees, bringing them full-circle around the runway as models dashed by in clusters like city dwellers rushing through the day.