Fiorella Mannoia is a “Fighter” in Antonio Grimaldi outfit !

Fiorella Mannoia, unique voice of Italian Music, begins her new tour “Fighter”: the first was in Bergamo on December 1st.  Fiorella chose Antonio Grimaldi creations, to wear on stage, to present her album, that involves famous names in Italian songwriting.

The partnership between Fiorella and the fashion designer Antonio Grimaldi, who in January will be in Semaine de la Haute Couture Parisienne official calendar, continues with a magic new adventure in Italy. 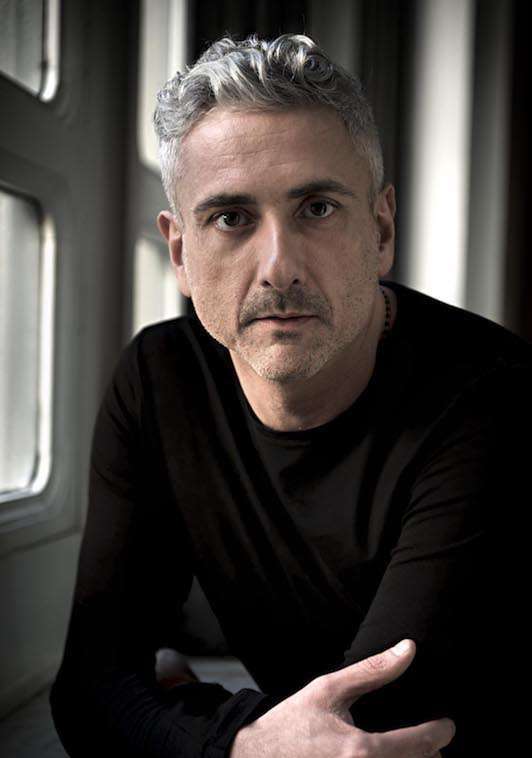 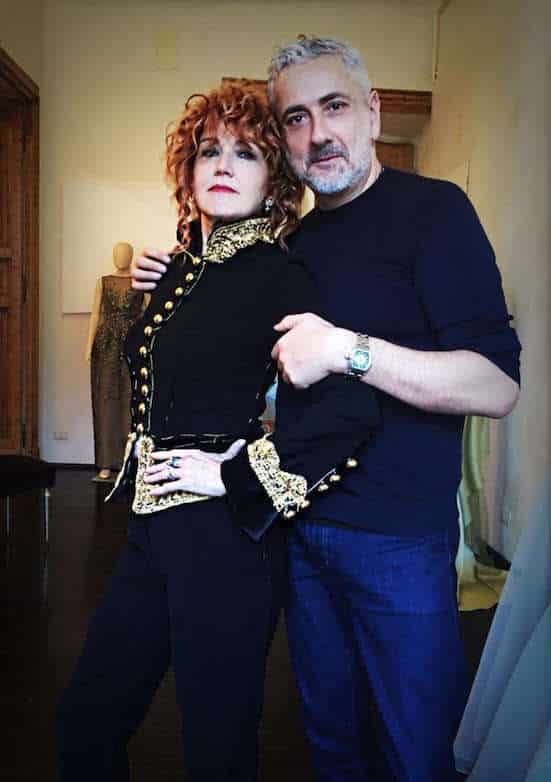 Grimaldi creations express Fiorella Mannoia determination and tenacity but also her poetic that has always distinguished the aesthetic philosophy  and the  contemporary allure of Grimaldi.

Antonio Grimaldi has translated into clothes Fiorella Mannoia music, creating for her, a wonderul jacket and amazing trousers inspired by Vintage Dior, to open the live show.

The couture jacket, made of black neoprene, with velvet inserts and gold silk borders,  military effects metal buttons and flush embroidered guipure stars, is the protagonist of Fiorella outfit.

Is impossible to forget when the Italian pop star Fiorella Mannoia during  the Spring of 1968, participated in Un disco per l’estate (“A Record for Summer”), a Summer song festival broadcast on RAI, with the song Gente qua, gente là (“People Here, People There”), the music for which was written by Bruno De Filippi, while the lyrics were written by her producer, Alberto Testa.

She debuted in the world of music at the Castrocaro Music Festival in 1968, singing Un bambino sul leone (“A Child on the Lion”) by Adriano Celentano. Although she didn’t win, she obtained a record contract with Carisch, with whom she recorded her first 45, Ho saputo che partivi (“I Found Out You Were Leaving”), which had on the B-side Le ciliegie (“The Cherries”), written by the young guitarist Riccardo Zappa.

Is amazing when Music meets fashion, and the dichotomy Mannoia – Grimaldi is perfect!

Antonio Grimaldi Maison will returns in Paris and will be the protagonist of  Semaine de la Haute Couture Parisienne official calendar .

The Chambre Syndicale chose the refined and cosmopolitan style of Grimaldi high fashion creations for the next Paris fashion week.

Riccardo Tisci, creative director of Givenchy, has been able to recognize and appreciate the inherent quality of Antonio Grimaldi work and research, oriented to contemporary design through the reinterpretation of couture. He gave his precious parrainage inviting the designers to kermesse of Ville Lumière.


“I am happy to join with my creations  such a prestigious moment for the  international fashion system. I sincerely thank Riccardo Tisci, who will be my godfather in this adventure.The truth is that I have never separated from Paris, for the love that I feel for this city. I have always consider Paris  the ideal stageto present my collections “– says the creative director, Antonio Grimaldi -” Never give up on our dreams and my official return to Paris is the proof of this concept. “

Latest Beauty Secret is.. The Black Mask! by Wilma Carnevale