Lagerfeld is the protagonist of Paris Couture Week 2017

Karl Lagerfeld, as Paris Couture Week marches on, presented his spring collection for Chanel at the Grand Palais, sending out 66 ladylike looks that ranging from waist-cinching tweed suits to fully sequined and feathered gowns. Of course, as it customary with any Chanel couture show, it was the final look that had the most cachet – the coveted Chanel bride, who also accompanies Lagerfeld for his final bow.

Hemlines go up and down, colours come and go, supermodels rise and fall, but in one crucial respect catwalk fashion looks the same from season to season – the silhouette is always tall, and always thin. 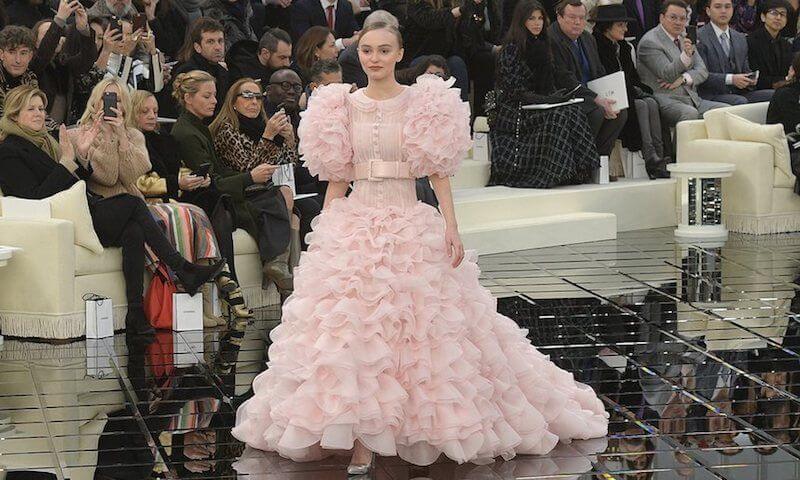 As the collection segued into eveningwear the swell of the hips became less noticeable. Bella Hadid wore a halterneck black chiffon coat dress that flared gently from a raised waist, falling into three tiers to the floor. Kendall Jenner’s silver column gown was slender aside from a wide band of white feathers at knee height. Lily-Rose Depp closed the show, arm in arm with Lagerfeld, in a swan-like confection of ballet-slipper pink organza froth.

After menswear’s fashion week, it was time for the Haute Couture in Paris as Chanel showcased its Spring/Summer 2017 collection.

So Karl Lagerfeld’s latest haute couture collection, shown in the Grand Palais in Paris on Tuesday, was as iconoclastic as fashion gets. 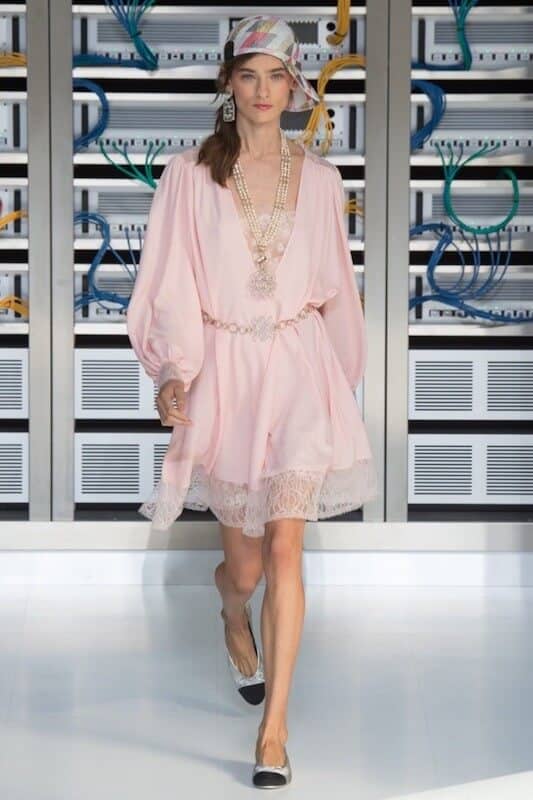 By sculpting skirts into ovoid shapes and padding out slender hips, Lagerfeld proposed a new catwalk silhouette. The designer who once criticised the singer Adele for being “a little too fat” seemed finally ready to see beauty beyond a reed-thin outline.

From its reflective runway to its mirrored pillars topped with white lilies, Paris’s fashion pack could see themselves and designer Karl Lagerfeld’s creations from all angles.