Is always surprising how the iconic Karl Lagerfeld proved he is still nimble when it comes to putting on a fashion show: his courage , in terms of creativity is huge! 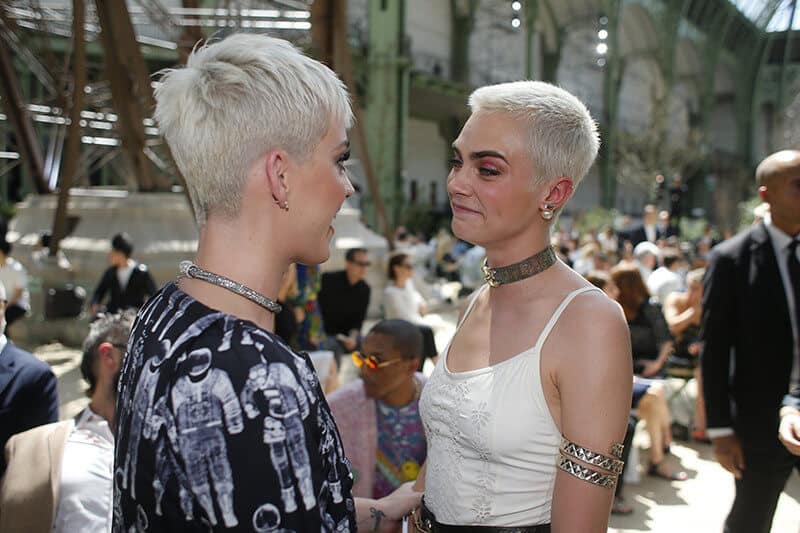 This man is 83-year-old and he had the incredible idea to build a 46-ton Eiffel Tower inside the Grand Palais for the pleasure of his Chanel couture celebrity guests.

The wood-and-steel tower, which took workmen six weeks to make, was a stunning piece of craftsmanship. It copied nearly beam for beam the columns and metal twists of the edifice made by Gustave Eiffel for the 1889 Universal Exhibition. 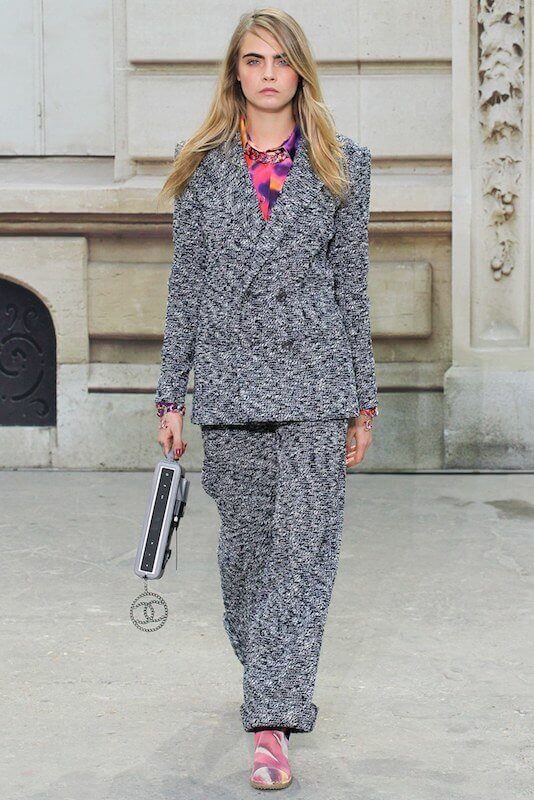 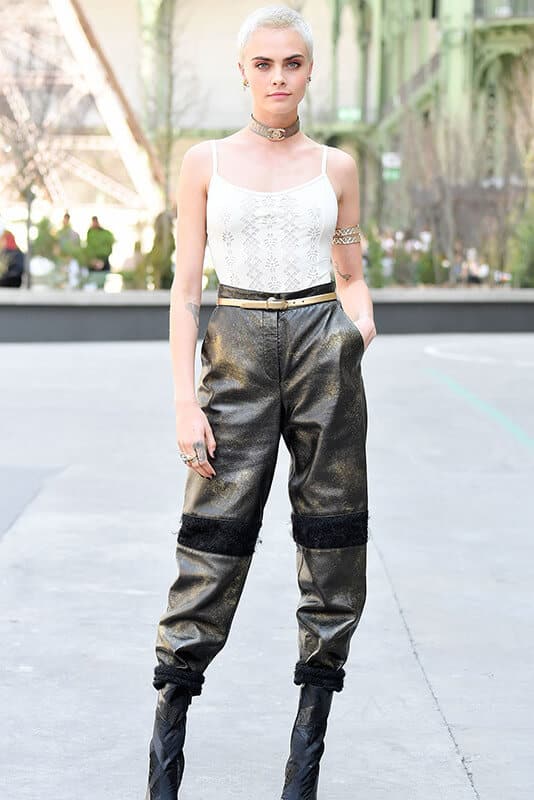 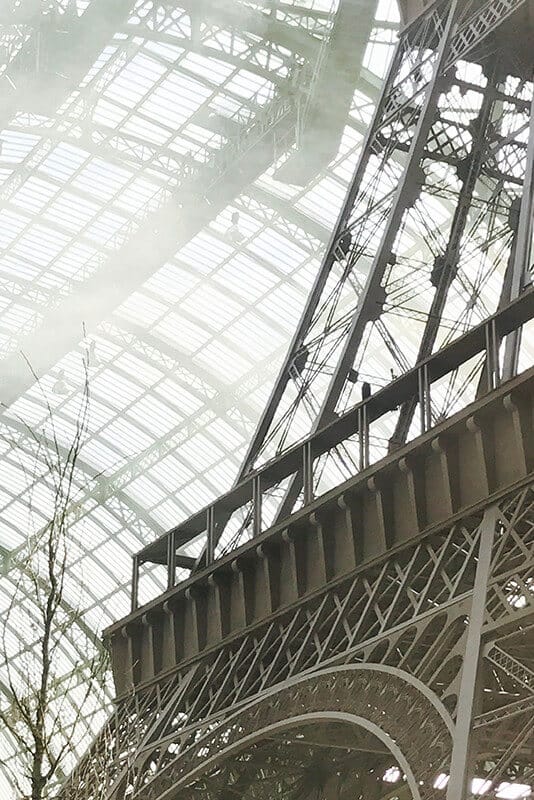 A curious fashion insider asked “Does it go through the roof?” pointing at the ceiling of the Grand Palais exhibition hall in Paris, good question: the 38-meter (125-foot) replica of Paris’ most iconic monument that greeted Chanel’s couture guests seemed to extend past the famed hall’s glass roof thanks to the illusion of swirling clouds created by steam.

There were vip celebrities including Julianne Moore, Katy Perry, Kristen Stewart, Pharrell Williams and Tilda Swinton were shown to metal seats in real sand and gravel. 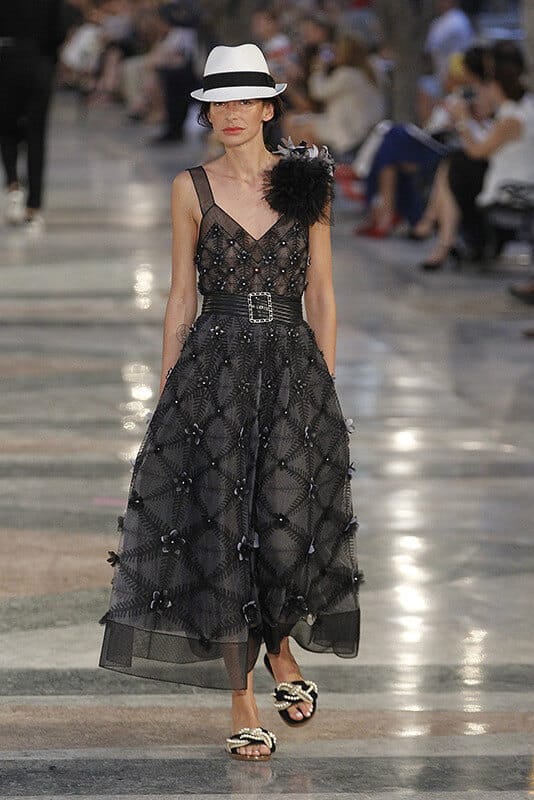 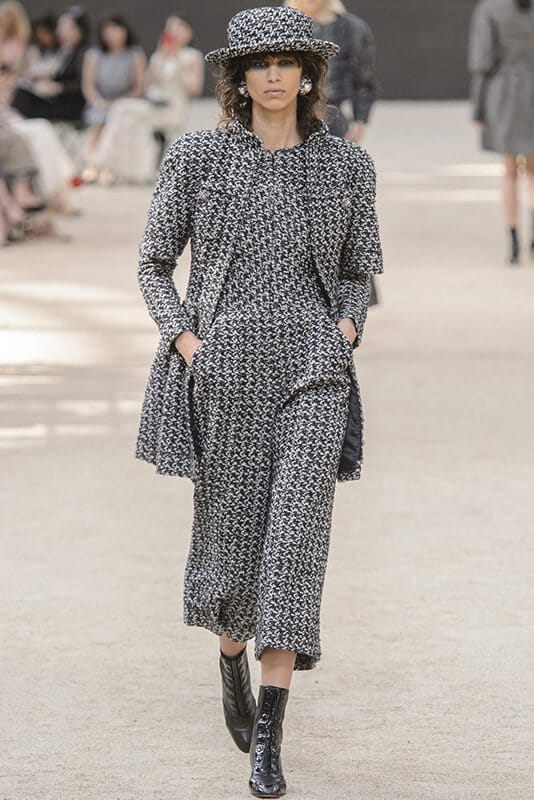 “It’s extraordinary to come into the Grand Palais, which is awesome at the best of any time, but to stand under the tour Eiffel is extraordinary. Only Chanel,” Swinton said.

Everyone knows that Karl Lagerfeld doesn’t do things by halves. For this season’s spectacular couture show, it was the turn of the Eiffel Tower to get the Chanel treatment, as models walked under the arched legs of a reconstruction in Paris’s Grand Palais.

I can definitely say that returning to the wide, exaggerated silhouette he championed in his last haute couture collection, the effect was bold and modern, while maintaining Chanel’s classic love of tweed. 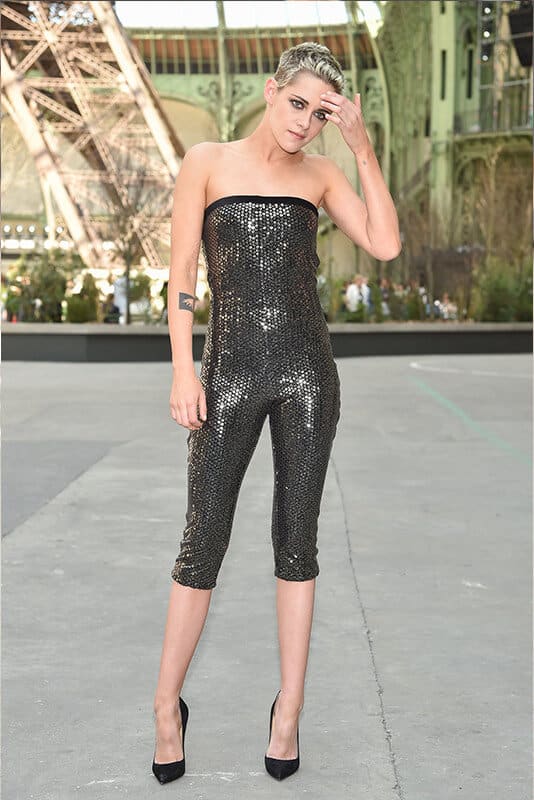 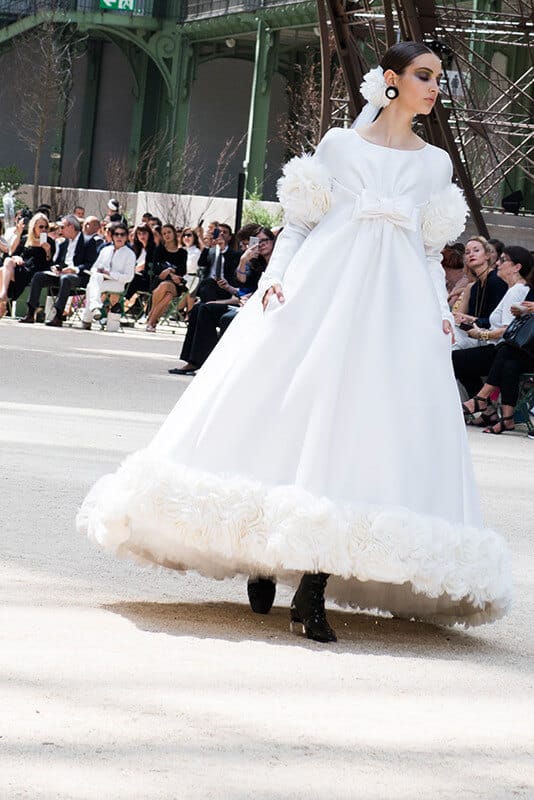 And there was perhaps no better site for such an award than beneath a replica of the Eiffel Tower.

“Paris gives you its thanks and its love through this Grand Silver Gilt medal … which is our city’s highest award,” Hidalgo said in front of a celebrity audience, including models Claudia Schiffer and Cara Delevingne. “From the bottom of our hearts, thank you. Paris loves you. You are Paris.”

Lagerfeld, although he doesn’t see himself as French, the designer professed his love for the City of Light.

“I am a foreigner and I intend to stay a foreigner because foreigners see Paris and France through a different eye,” he said, accepting the award. “And when you are not French, you look without nationalism or patriotism… Long live Paris.”

There is no doubt that Karl Lagerfeld looked to the chic symbol of the City of Light for inspiration for his autumn/winter 2017 couture show in Paris.