Born in 1980 in Brazil,  Gisele Bündchen began her career as a teenager. When she moved to New York City in 1997, she became popular, signing in 2000 a $25 million deal with Victoria’s Secret, becoming one of the highest-paid models in the world. 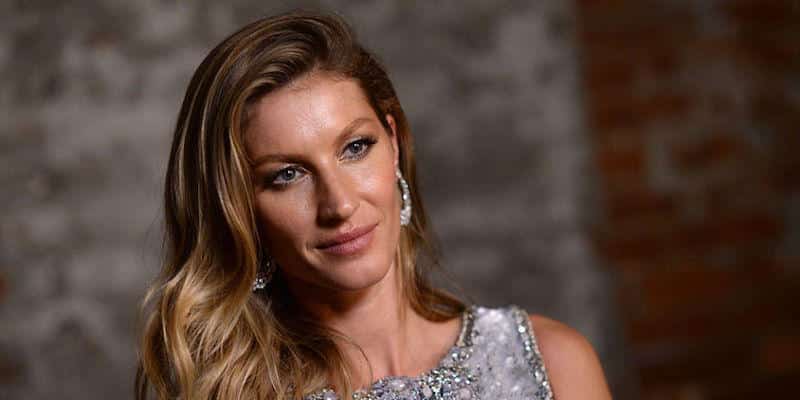 On Friday night, Gisele walked down the Brazil’s longest runway at Maracana stadium for the opening ceremony of the Olympic games, accompanied by a piano playing the famous song “The Girl from Ipanema” performed by Daniel Jobim, the grandson of Tom Jobim. 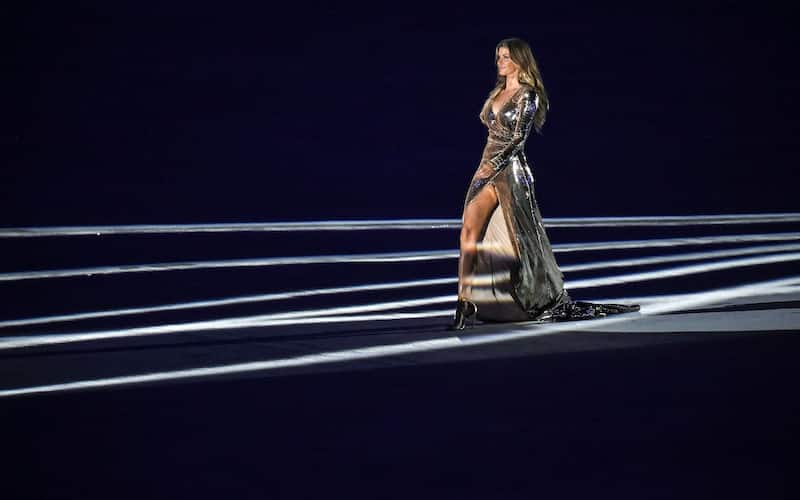 The atmosphere was amazing: beams of light emerged on the darkened surface behind her, ever-changing, and designed to replicate the renowned creations of great Brazilian architect Oscar Niemeyer. 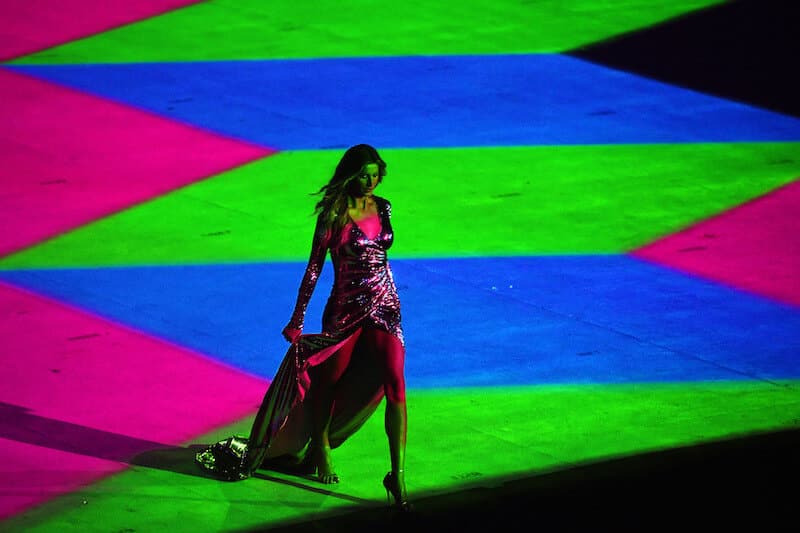 What about her wonderful Alexandre Herchcovitch dress?

It’s a long dress, with a long train, pierced at the front, with pleats at the waist. It has long sleeves, a deep V-neck, and a thigh-high slit, leaving the legs fully exposed. The fabric is a mesh, covered with bright golden sequins, double-sided, embroidered horizontally. 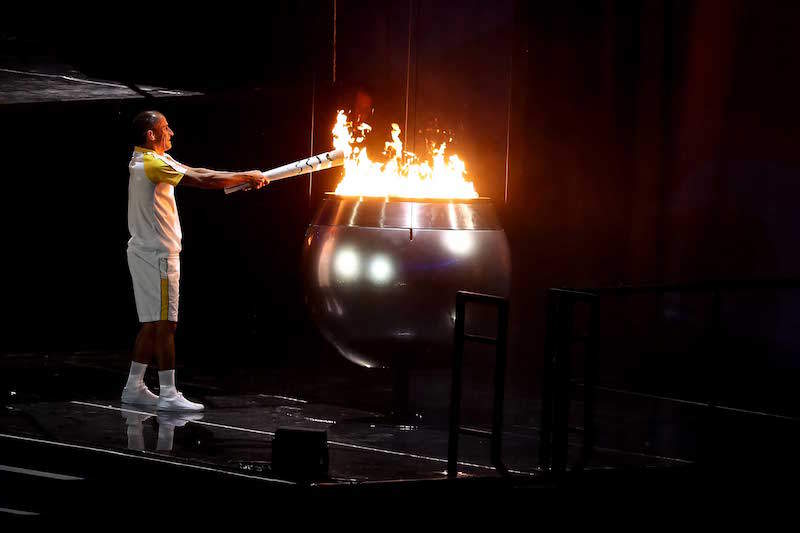 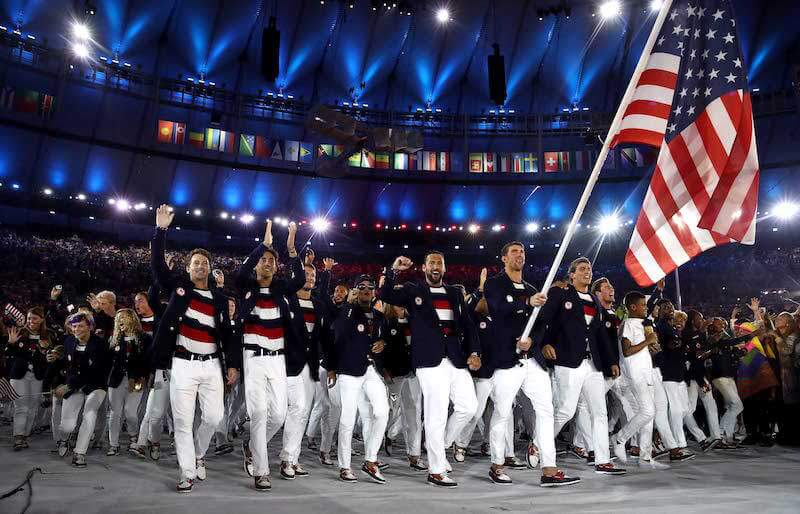 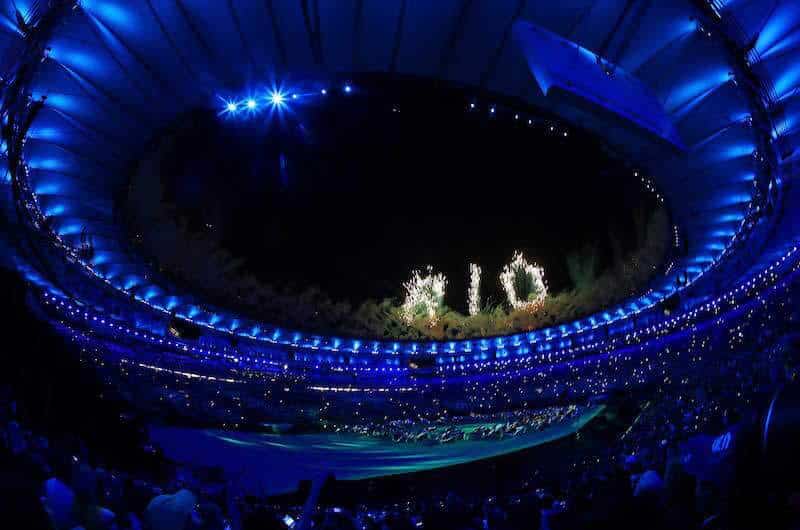 What did she said about the event? “This is for sure the longest runway I have ever walked in my life and by far with the most amount of people watching, so it is a little nerve-racking I must say. This is a very special moment for my country and I am humbled that they invited me to be a part of such a special celebration. I am so happy to be part of the opening ceremony in my homeland and to celebrate these bright stars from around the globe”. 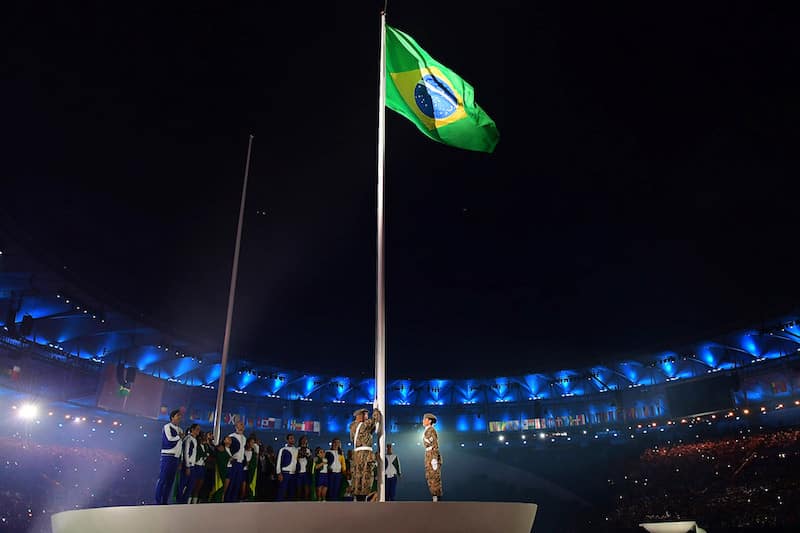 I can definitively say she is the world’s greatest catwalk model !!