Personally, I consider Formula E as one of the most innovative and futuristic races in the world. It is specifically for electric vehicles and takes place on city circuits. 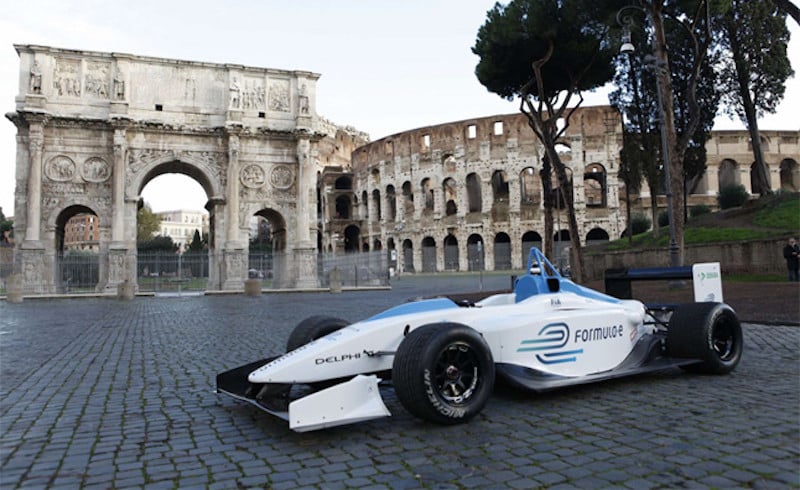 Alejandro Agag, founder of this wonderful event together with his wife Ana Agag, realized a gracious reception in one of the most marvelous cities in the world, Rome, last April. The race’s attendees included Pope Francis; one cannot miss the blessing of His Holiness at the first Roman race of Formula E. In fact, the Holy Father welcomed himself managers and pilots who arrived in Rome for the first E-Prix Capitoline in history.

After the competition, an exclusive dinner took place to which I had the honor of being invited. The dinner gala and the after party at Villa Miani was organized by Formula E together with the Albert of Monaco II Foundation (with which I had the privilege of speaking). The Monégasque prince welcomed nearly 300 guests and had an auction organized, in which proceeds went to its foundation dedicated since 2006 to realizing innovative developments for sustainability on a global level.

Among the partners of the evening, was Hugo Boss who made the circus even more elegant, designing and fashioning clothes for the management, employees and volunteers of the Formula E circuit. This event has also contacted the participation of Sienna Miller, Sarah Ferguson, among many other VIPs.

At the dinner gala, I was particularly touched by Alejandro Agag’s speech where he reminds us that every action done in the presence of individuals will influence our future, and to use that which surrounds us to give us courage. In his final words, Agag reminded us with the anecdote that despite the difficulties we encounter in our lives, we must never stop fighting for our dreams.

Billionaire SS 2019, Unconventional and Highly Contemporary Luxury When High Quality is Made in Italy by Maria Zota