Enchanting Gala Dinner for Carpisa  at the Royal Palace of Caserta,

For Carpisa Gala Dinner, The Royal Palace of Caserta, hosted thousands of visitors, from all over the world, such as customers, partners, international glamour VIPs,  and national and international press.

The beautiful Penelope Cruz, international testimonial and designer of “Carpisa capsule collection” for three seasons, was the event godmother and guest of honor.

This year we saw Penelope, in the spot of Carpisa, where she becomes a singer to perform the famous song by Domenico Modugno “Tu si’ na cosa grande”, evoking proudly the Italian character of the brand. 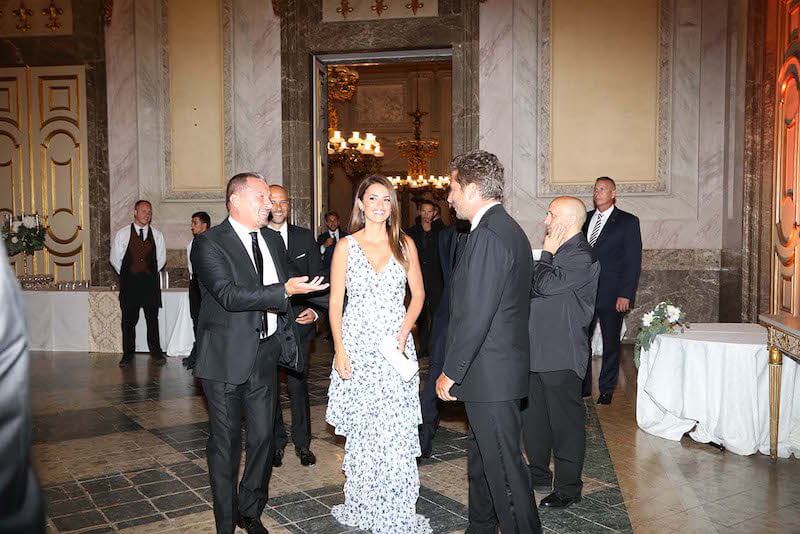 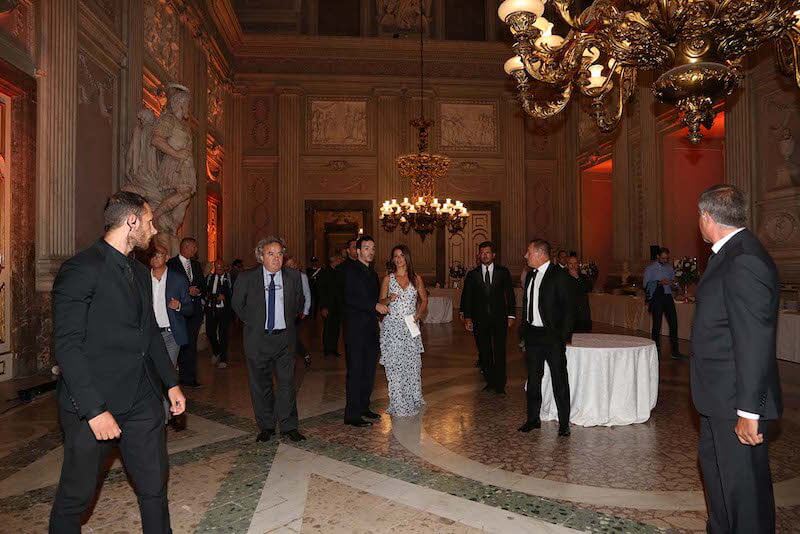 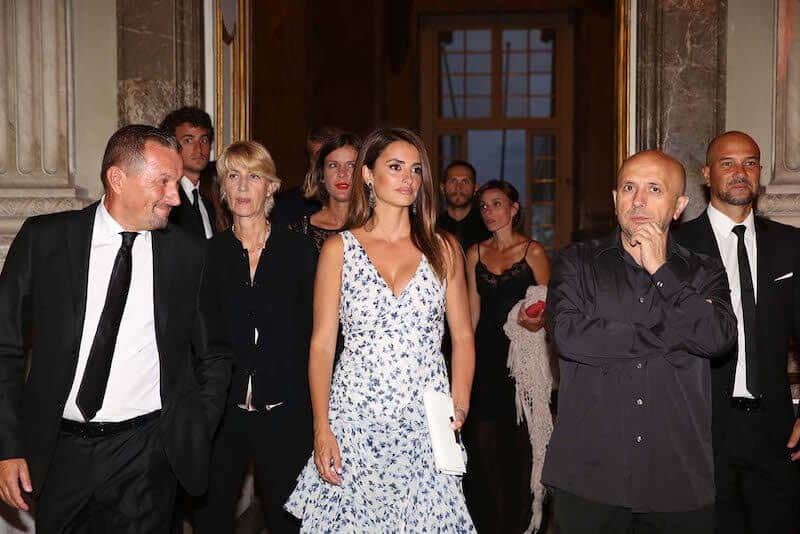 From February 25, 2016, the new Capsule Collection designed by Penélope and Mónica Cruz was available  in all Carpisa’s stores: integrated by five lines of handbags, with their own matching accessories, and this year, for the first time, include also suitcases.

After the Fall / Winter campaign 2016 shooting, made in  the prestigious Royal Residence, the Spanish actress went to  Bourbon Royal Palace for the stunning Carpisa event.

Smiling and curious, shining in her  long dress, Penelope was wonderful in the romantic Palace atmosphere, accompanied by Raffaele Carlino and Gianluigi Cimmino, Carpisa CEO, on the Palace red carpet.

The Gala Ginner, based on typical local products of Campania, was prepared in the upper vestibule of the Palace, on the first floor. 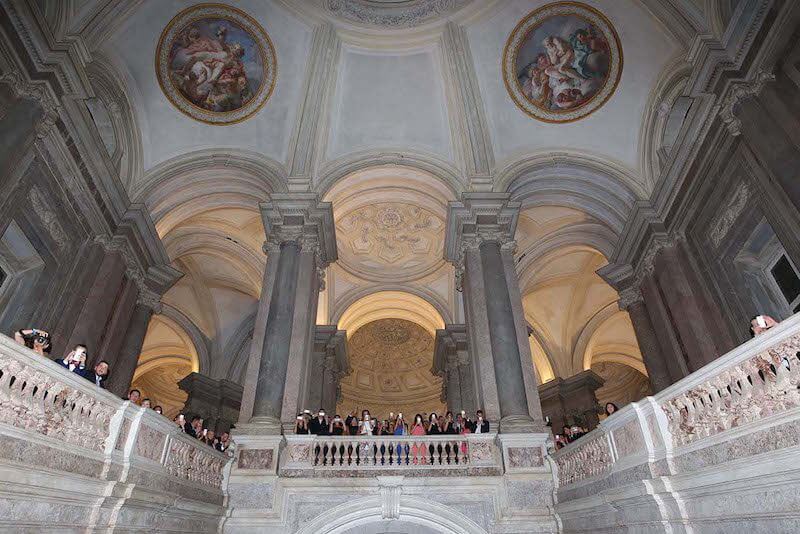 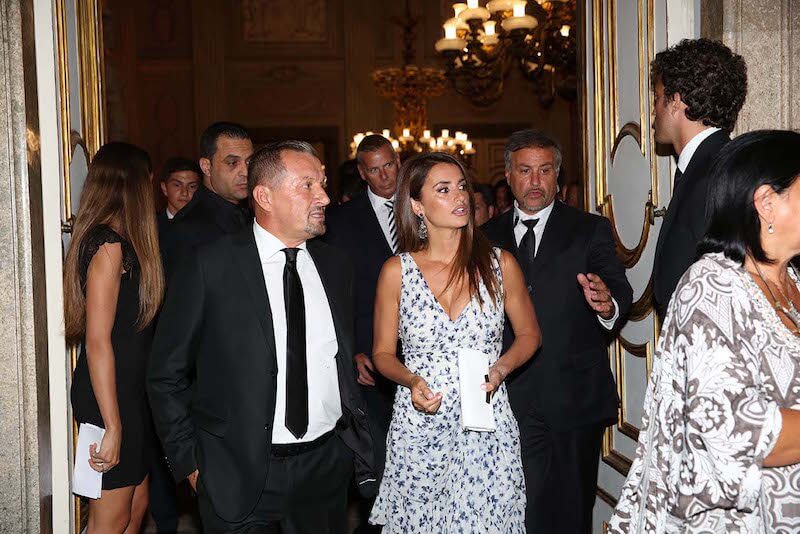 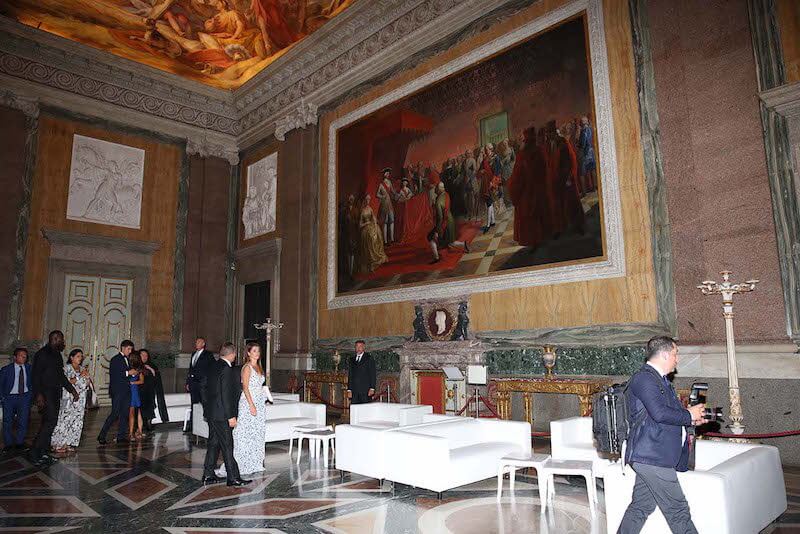 But let’s talk about the amazing location: The Royal Palace of Caserta is a former royal residence in Caserta, southern Italy, constructed for the Bourbon kings of Naples. It is one of the largest palaces erected in Europe during the 18th century. In 1997, the palace was designated a UNESCO World Heritage Site; its nomination described it as “the swan song of the spectacular art of the Baroque, from which it adopted all the features needed to create the illusions of multidirectional space”. In terms of volume, the Royal Palace of Caserta is the largest royal residence in the world with over 2 million m³ and covering an area of about 235,000 m².

Gianluigi Cimmino said that the perfect choice of Penelope Cruz, as testimonial, was strategic , not only for the strategic positioning of the brand. 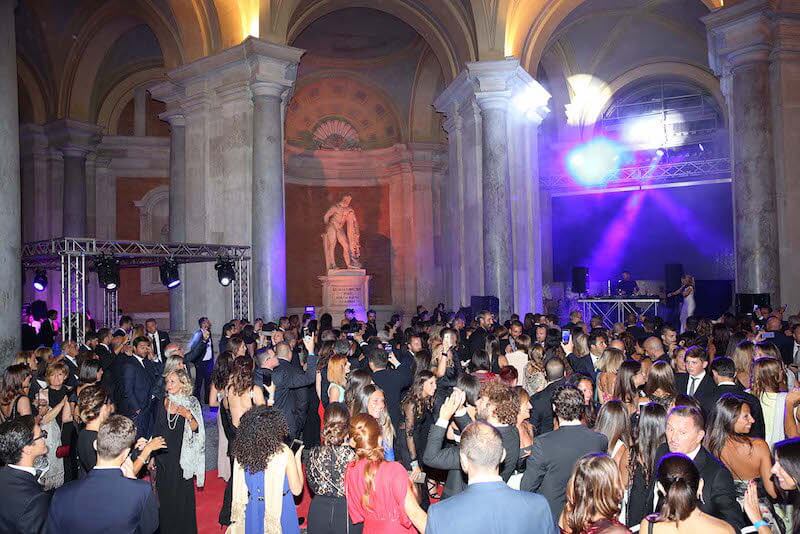 What a wonderful evening for Carpisa! Its success is based on values such as : customers , passion  for quality, team spirit , dynamism , creativity , research development and competitiveness!