Dior chief executive Sidney Toledano first tried to hire Maria Grazia Chiuri 18 years ago, right after she completed a decade of work at Fendi and just before she joined Valentino, where she began in accessories and went on to enjoy a successful run as co-creative director of the house alongside Pierpaolo Piccioli.

“Dior Sauvage” drew inspiration from the scenic landscapes of Los Angeles and the show took place outdoors against the backdrop of the Santa Monica mountains at sunset. 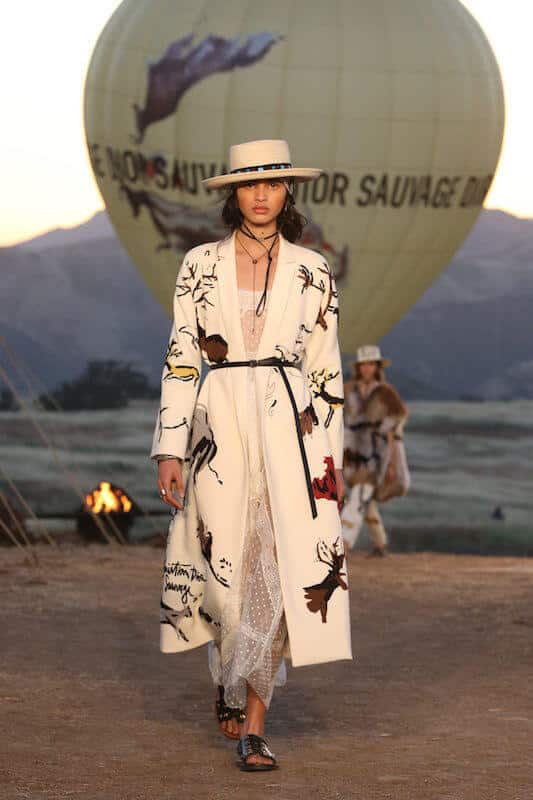 “Hollywood, it’s about celebrity, red carpet, but I think there is also another side of Los Angeles,” creative director Maria Grazia Chiuri told Reuters before the show.

“The natural element, open space … in some ways, Dior says that California is a new paradise,” she said.

“I want to have a dialogue with the new generation of Dior women, that they can choose the piece, they can mix in different ways,” Chiuri said.

“It’s always a pleasure and a luxury to wear Dior,” Rihanna told Reuters. “For one, it’s expensive (laughs), for two, it’s always well-made and it’s always something that allows you to express your femininity in the highest level.”

South African actress Theron said the rustic, rural setting of the show was “somewhat magical. It reminded me of home.”