World renowned for eveningwear and bridal couture, Carlo Pignatelli has enthralled the fashion world with his eponymous label since its launch in 1980. Pignatelli’s creativity leaves its mark in the bridal business, revolutionizing the concept of bride and groom’s dress, renewed in design and style, to bring innovation and glamour in a traditional business.

But.. what about his new Sartorial Fall Winter 2017-18 Haute Couture Collection?

Sartorial Fall Winter 2017-18 Collection by Carlo Pignatelli.Excellence is perfectly in line with fine craftsmanship, authentic elegance and dry lines, in a mixture of traditional hand-made and contemporary needs of the contemporary elegant man. The tight, becomes a must have, perfect in every detail. Velvets, combined wool, micro fantasy and plaster, refined and charming. Predominant colors are black, smoke and purple.

Now let’s talk about the life of this amazing man. Carlo Pignatelli started his training early.  At only 14 years old, Pignatelli started working in tailors around the country. He founded his clothing brand 30 years ago, the designer is well-known in the bridal fashion, business a real icon of elegance and sartorial tradition . 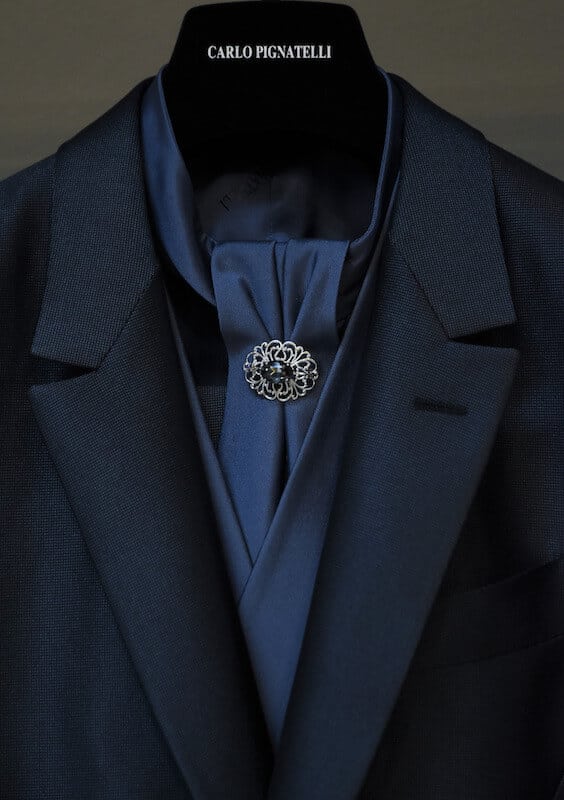 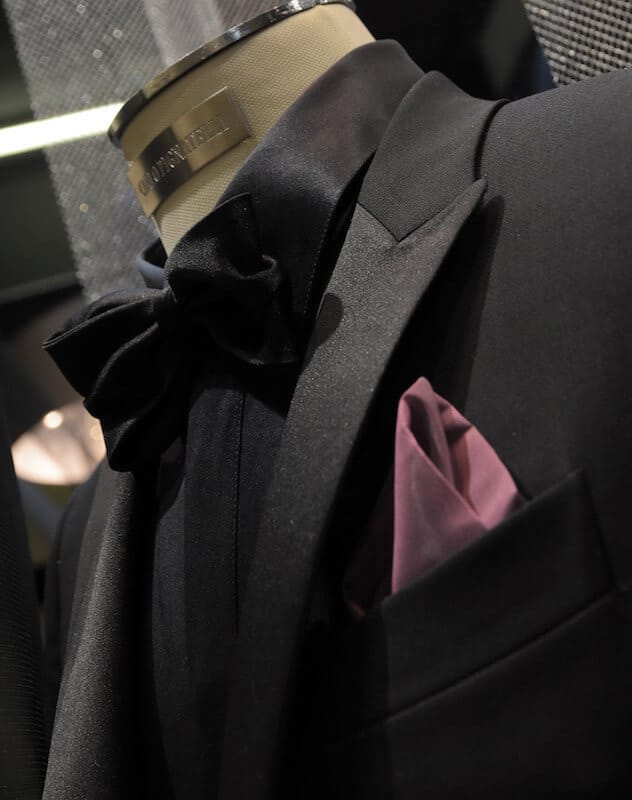 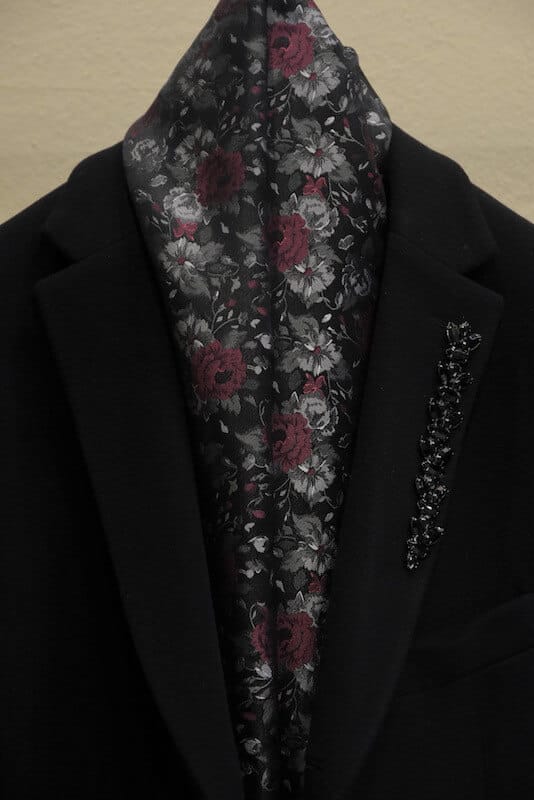 The brand stands out for high quality and the impeccable; Pignatelli made his debut in Turin in 1980, proposing Haute Couture menswear collection, strictly handmade, proposing an unusual groom, dressed with particular fabrics and shades.

Pignatelli’s Company now has more than twenty collections including accessory and home ware lines. Renown for his craftsmanship and sartorial excellence, Carlo Pignatelli’s style of tailoring has also given him distinction. Revolutionising bridal and formal wear, his creativity makes him an icon in men’s attire. 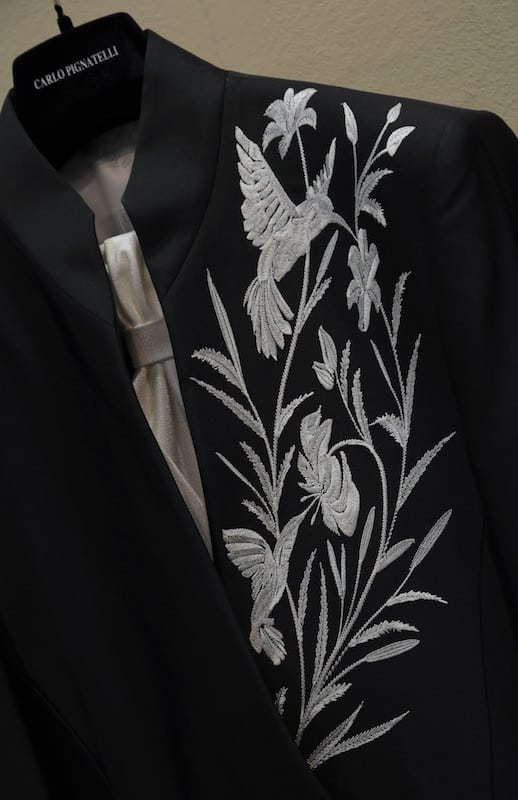 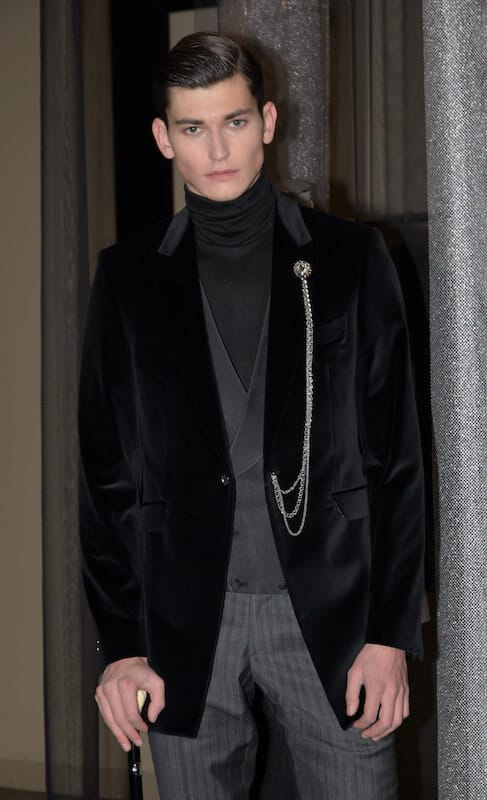 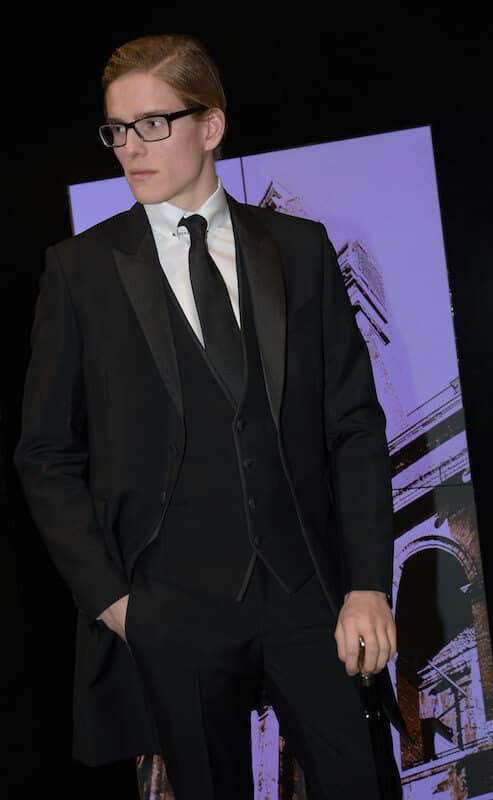 Since that time, the brand has been established its fame, in Italy and worldwide; now it applies its knowledge and heritage on perfumes, home collection, childrenwear, ties and bows, wedding rings and to wedding favors.