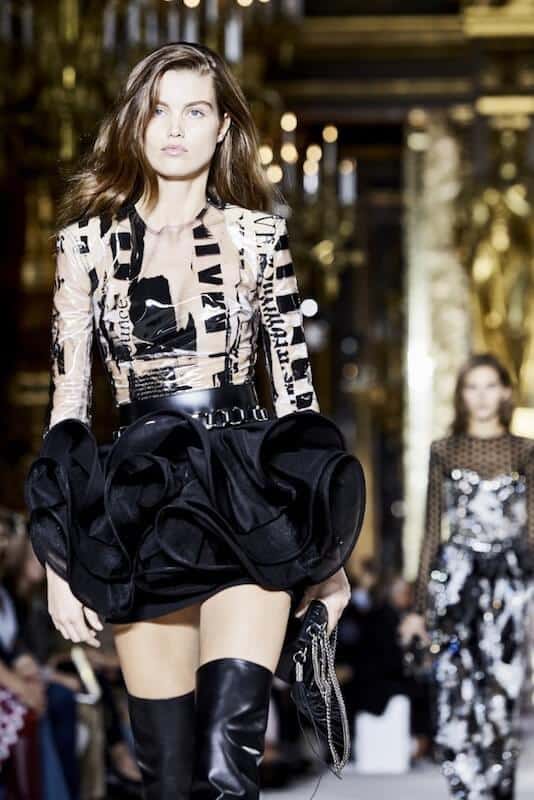 After Balmain’s death in 1982, the house was led by Erik Mortensen, described by Vogue as “Pierre Balmain’s right hand”.

Mortensen had joined the house to work as Balmain’s assistant in 1951. After succeeding Balmain, Mortensen worked to maintain the brand aesthetic in the ever-living world of couture while still maintaining the progressive spirit of creativity in the fashion industry. 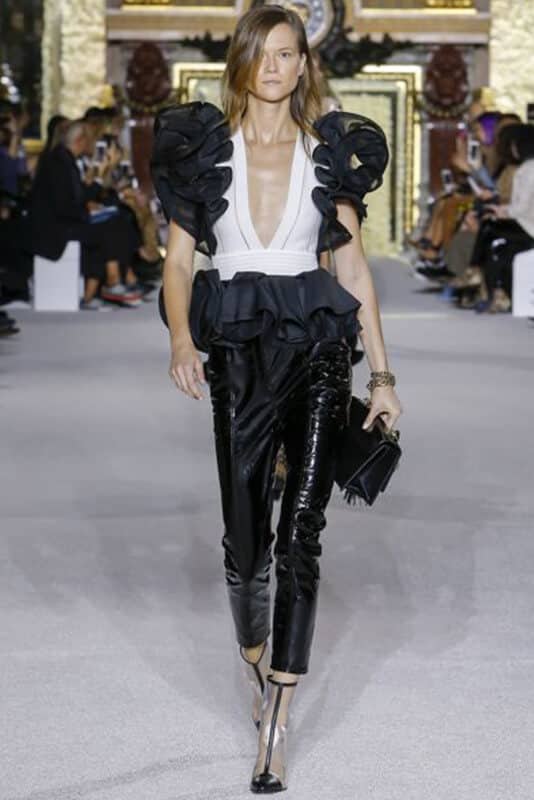 Possibly the most influential designer to take over at Balmain was Oscar de la Renta, who led the house between 1993 and 2002. 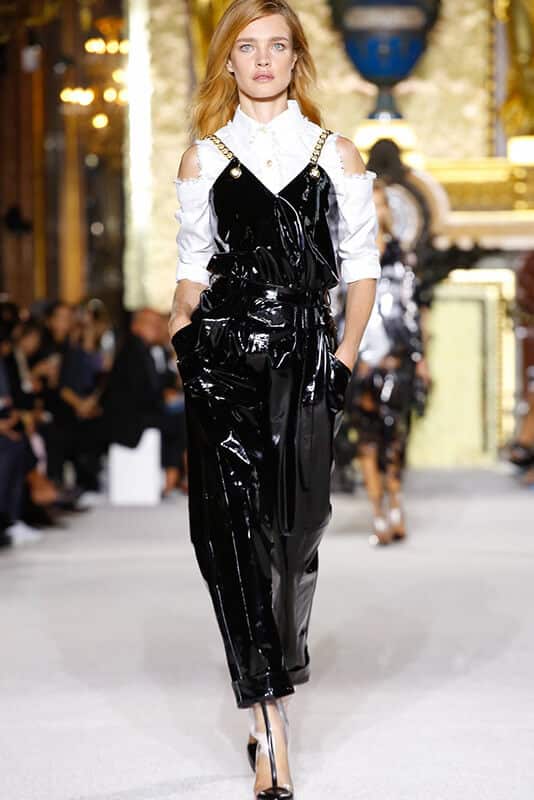 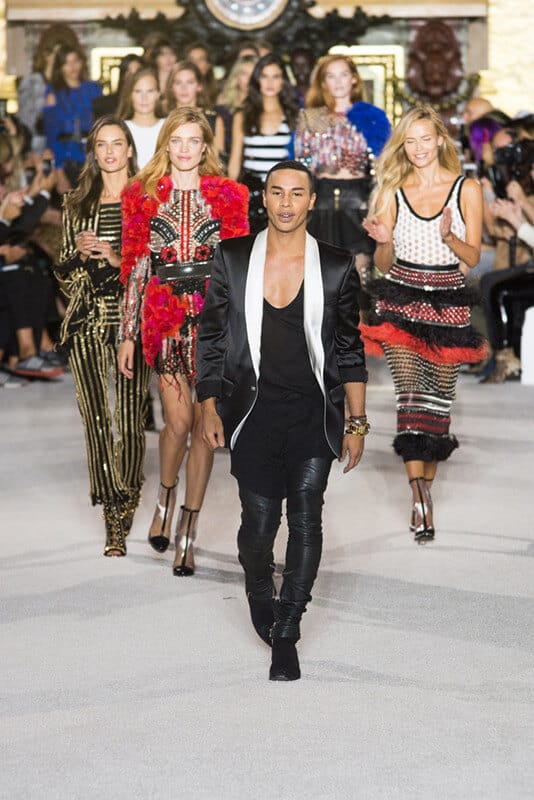 After Oscar de la Renta’s departureChristophe Decarnin joined the house in 2005. Contrary to all the designers before him, Decarnin insisted on bringing the brand into the 21st century and the last collections were directed by him. 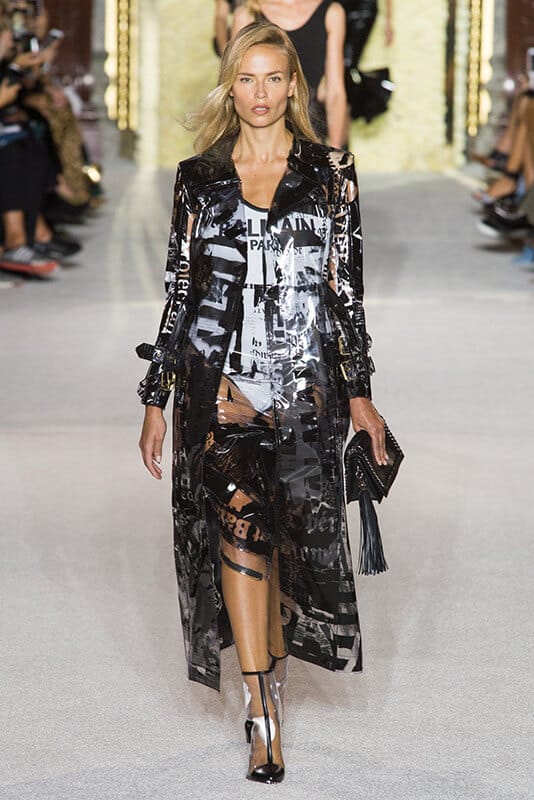 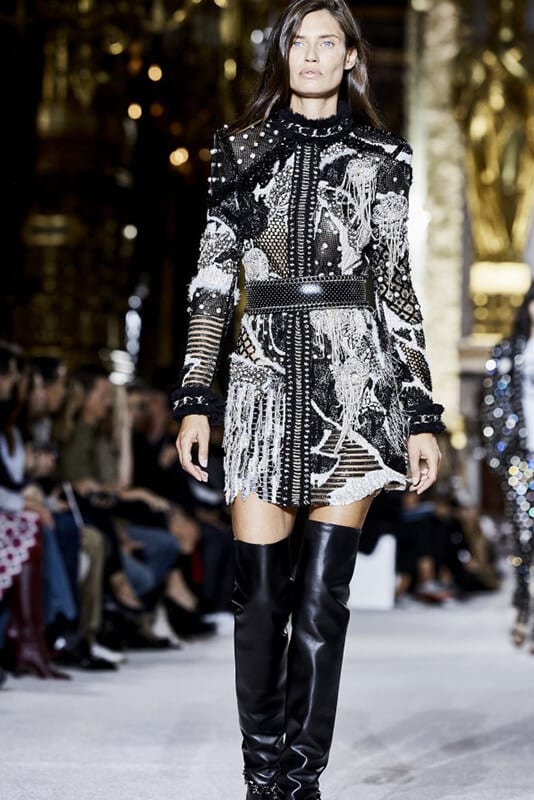 The Balmain brand is quoted in the song “Where Do You Go To My Lovely” by Peter Sarstedt in the lyrics of “Your clothes are all made by Balmain” .

In 2015 Balmain collaborated with the Swedish low-cost H & M brand for a limited chic edition but with lower prices. In 2016, Balmain was purchased by Mayhoola Investments, awealth fund owned by the Emir of Qatar, who also owned Valentino SpA.

Olivier Rousteing with his Bailmain autumn-winter collection 17-18, during the Paris Fashion Week, celebrates, once again, a strong, sexy and wild femininity.

Shapes: wrap coats are worn with panel tubes. Mini adherent clothes are worn with crocodile jackets. Tubes and bustiers have cuts studied to reveal the body

Accessories: cuissard and boots in suede and leather. Bags in the maxi and mini version with chains. Crocodile bustier belts.