The Haute Couture Week in Paris, was the perfect moment for Giorgio Armani to show his creativity.

There were beautiful elegant people, in fact, the Armani Privé Show was dominated by movie stars from across the world, who came out to show support for 82-year-old Italian fashion designer Giorgio Armani.

The iconic Giorgio seemed thrilled to see Kate Winslet, who was one of the first to arrive in a flattering cinched black dress, greeting her with a kiss and posing for the photographers. But Isabelle Huppert was not so lucky; the French actress – who apparently got caught in traffic – arrived after the show had started, and was booed at by the photogs and videographers for blocking their view of Armani’s chic Privé runway. 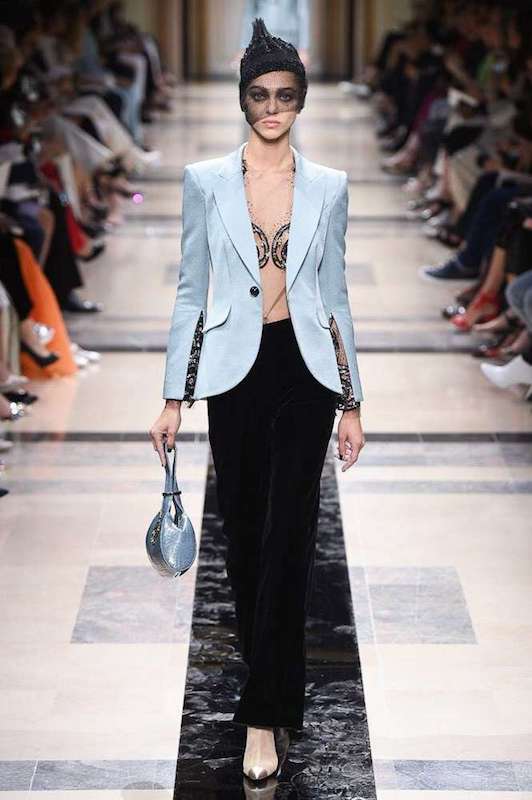 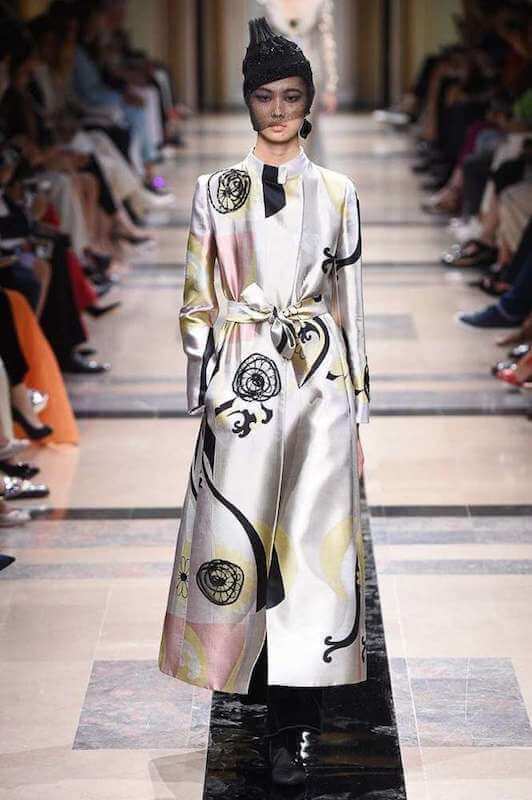 There is no doubt that Armani Privé showcases one of the season’s more elegantly understated couture collections in Paris.

But what about the details of his Collection?

With trouser suits, pencil skirts and frock coats on offer, it would be fair to say that this is the house for the couture customer who prefers a slightly more subtle look than many of the flamboyant frocks on show on the catwalk this week.

There were a bit of confusion, because I would have expected more haute couture: the show began with a focus on more fitted items that are less common at couture than the ubiquitous ball gowns seen elsewhere.

A lean silhouette dominated in jackets and skirts in mixes of icy pastels through a considerable range of eveningwear.

There were sevaral tailored trouser suits and strapless column dresses in this collection fitted a colour scheme of bright pink and electric blue on a backdrop of black; others were more sedate shades of lilac and cornflower blue.

Personally I think there was not too much haute couture and fashion feeling was going to disappear.

But, let’s focus on the positive aspects:

Did you know that Milan’s Palazzo Orsini, now owned by Armani is the site of his atelier?. After years of a minimalist approach to his venue, for fall, Armani decided to up his ante in the set stakes, installing inside the Théâtre National de Chaillot imagery derived from the palazzo’s interiors!