First of all I would like to thank you very much for supporting and voting from my blog’s links, the Laureus Sports Awards videos: it was an amazing and beautiful experience and I thank you all for the words of praise we have received as official Laureus blog. Our aim was to boost the wonderful Laureus videos visibility which they well represent the true spirit of sport and the world of Laureus Foundation.

‎We left each other in Monte Carlo and today,  after so many travels that did not allow me a moment of rest,  I am back to tell you a wonderful dream night, broadcasted by Sky platform too.The Valentine’s day was the day of the Awards, but the event had a very interesting prelude the night before, when at Cipriani Hotel in Montecarlo, I was invited to an exclusive meeting with Edwin Moses, CEO of Laureus America, and some other important personalities of Laureus Sport for Good Foundation. 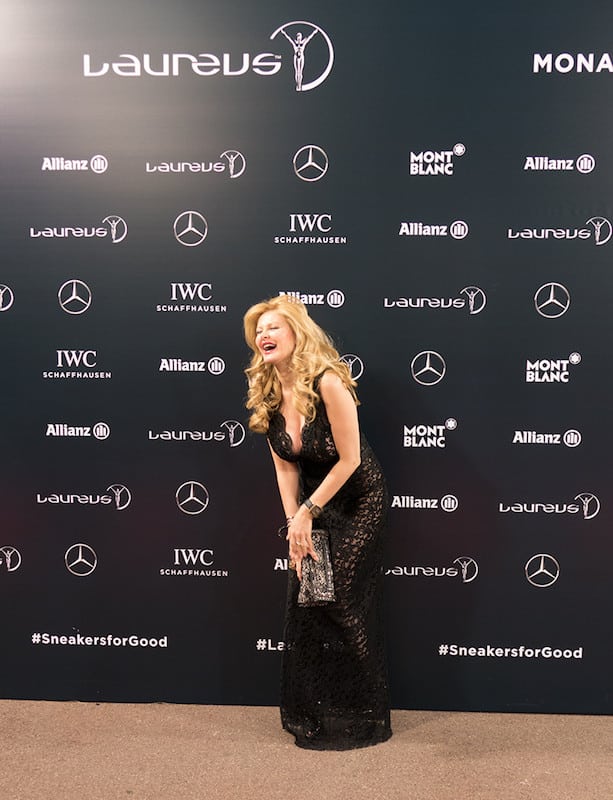 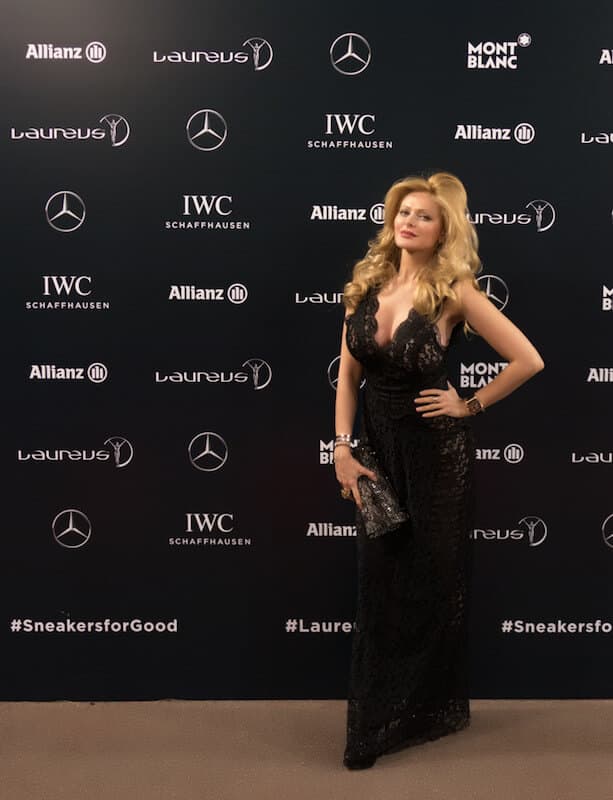 ‎The spirit of the event is well exposed in the story that we could hear from the voice of a young man who told us his personal experience related to Laureus. Thanks to the sport and to the foundation he was able to redeem his life and from a remote village in Africa he was able to reach Monte Carlo and live a new life thanks to the projects carried out by Laureus Foundation which help disadvantaged young people worldwide.

The Laureus event is a totally “immersive” experience, in which the sport world champions celebrate together the sport and its true value.

‎For this reason, every year personalities who have excelled in sports or did a truly sporting gesture which offers a cross section of the  sport excellence showing young people the true sportsmanship of life, are reworded.

The show, presented by actor Hugh Grant and Kate Abdo a television sports journalist, went live for a couple of hours. The tables where we were sitting, similar to sweets traps where we could not move due to the constraints imposed by television rules, were arranged in a way that you can watch the show from every corner.

Among the tables, champions and celebrities,  I could observe some details that television probably may fail to show. It was a growing of emotions that exploded in celebrating the Paralympic champion Bebe Vio who, with her words and her love for life showed everyone how sport can do for your entire life. The real meaning of this event can be enclosed in the tears mix with applause of all guests in standing ovation to thank Bebe who gave them all as a gift her energy for life.

The event therefore, similar to Oscar of the cinema but fortunately shorter, was the opportunity to reward various sports Symbols and Champions… among them I want to emphasize the awards that I liked much more for their sporting essence, and I show you my personal list of some of the winners:

‎1 – DISABLED ATHLETE OF THE YEAR (Laureus World Sportsperson of the Year with a Disability) – Bebe Vio (Italy, fencing) – Paralympic Champion in Rio 2016, already famous for a selfie with Obama. She received the award from the hands of Alessandro Del Piero.

‎2 – SPORT FOR GOOD award (The Laureus Sport for Good Award) – delivered by David Coulthard at the Olympic Team of Refugees, a team of refugees athletes which participated for the first time to Olympic Games in Rio de Janeiro (Brazil) in 2016, thanks to an initiative of the International Olympic Committee, which set up the team looking for the athletes in the refugee camps in the world  bringing the attention on the global refugee crisis and “act as a symbol of hope for refugees”

3 – SPORTING SPIRIT award (Laureus Spirit of Sport) – Leicester City FC (England, Football). Delivered by Fabio Capello to Claudio Ranieri, the man who achieved the feat of turning the struggle for salvation in winning the Premier League.